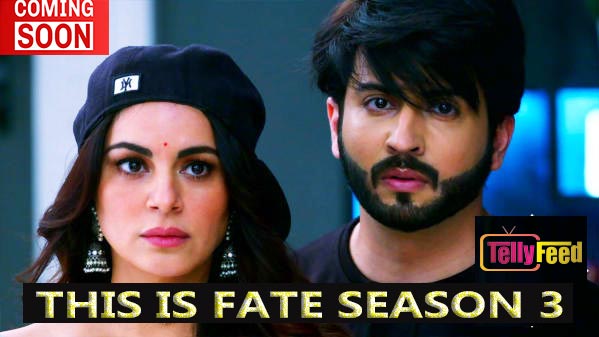 This Is Fate Season 3 Coming Soon to Zeeworld

This Is Fate Season 3 Coming Soon to Zeeworld

Zeeworld high voltage packed drama, This is Fate surprisingly ended on the 24th of November, 2020. A lot of viewers are however confused as the show did not reveal some major parts and scenes before it was taken off. Especially the part of exposing the villains (Sherlyn, Mahira and Prithvi).

Well, we are pleased to inform you that This is Fate has not reached its ending point yet. The series is still ongoing in India and there is about 900 episodes as at now. Which implies that there is another season for viewers to catch up on. This is Fate returns to our screens on the 13th of September, 2021.

Read the summary of Season 3 below:

Sarla advises Preeta to give a fresh start to her relationship with Karan. Karan refuses to go to Preeta’s room for their first night. Srishti suggests Sameer a plan to send Karan to Preeta’s room. Sameer and Srishti’s plan to send Karan to Preeta’s room succeeds. Later, Srishti tells Sameer to keep an eye on Mahira and Sherlyn. On seeing Mahira and Sherlyn outside her room, Preeta devises a plan. Preeta deliberately hugs Karan to make Sherlyn and Mahira feel jealous. Sameer stops Sherlyn and Mahira from spying on Karan. Karan stays in the room with Preeta due to the rains and they close the window together while Mahira secretly overhears them. Karan gets a fever after getting drenched in the rain, so Preeta takes care of him. 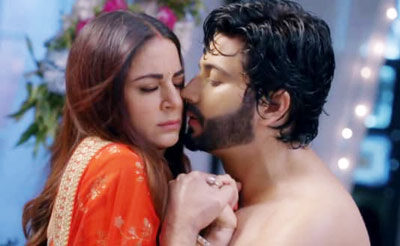 The next day,
Sarla tells Preeta to cook a sweet dish for the family as a part of her first-time cooking in the kitchen. Sherlyn and Mahira repeatedly try to spoil Preeta’s ritual. Preeta doubts Sherlyn and Mahira on seeing them in the kitchen. Later, Preeta successfully completes her first kitchen ritual. Preeta tells Sherlyn and Mahira that she will give a befitting reply to their wrongdoings. The Luthra family decides to organise Preeta’s reception and ‘Muh Dikhai’ ritual. Sherlyn tells Prithvi that Preeta lives with the Luthras as their daughter-in-law. Rakhi invites Sarla to Preeta’s ‘Muh Dikhai’ ritual. Karan and Preeta come close to each other during their argument. Mahira teams up with Prithvi. Later, Mahira plays a trick to spoil Preeta’s ‘Muh Dikhai’ ritual. Prithvi’s brother Pawan comes to stay with him and plans to kidnap Preeta for Prithvi. Sarla and her family arrive at the Luthra house. Preeta slaps Mahira for badmouthing her family. Pawan also arrives at the Luthra house to abduct Preeta. Mahira hits on Preeta’s head.

Karan gets rid of his distant relative, Rano Aunty. Pawan meets Mahira and takes her to an unconscious Preeta. Later, as Karan enters the room, Pawan hides with Preeta and Mahira puts on the veil. Karan mistakes Mahira for Preeta and takes her for the ritual. Preeta attacks Pawan after gaining consciousness, but he renders her unconscious again. Mahira meets Rano and accidentally reveals her real name. Pawan takes Preeta in a car, and a suspicious Janki follows him. Everyone asks Mahira to lift her veil, but Dadi unknowingly saves her. 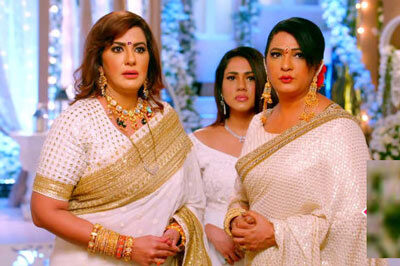 Pawan arrives at a house with Preeta. Sanjana sees Mahira’s face and learns about her plan. Preeta regains consciousness and Pawan tells her that he is Prithvi’s younger brother. Meanwhile, Janki thinks of a way to enter Pawan’s house. Janki tells Srishti about her suspicions on Prithvi over a phone call. Sanjana tells Sherlyn that Mahira is behind the veil. Srishti leaves to help Janki. Pawan tells Preeta that Prithvi wanted to abduct her. Pawan starts preparations for Preeta and Prithvi’s wedding. Mahira tells Sherlyn that she has gotten Preeta abducted with Pawan’s help and Sherlyn slaps her. Janki makes an unsuccessful attempt to save Preeta. Karan and Mahira dance with each other, and Mahira reveals her identity. Mahira asks Karan to accept her, but he says that Preeta is his wife. Later, Srishti takes an auto-rickshaw and meets with an accident.
Mahira shows Karan a fake letter to prove that Preeta has gone to live with Prithvi. Karan tells Mahira that he never wanted to marry her. Pawan prepares for Preeta-Prithvi’s wedding. Mahira reveals that Preeta has eloped with Prithvi. Sarla slaps her. Srishti reaches on the address given by Janki.

Mahira shows a letter to everyone and claims that P reeta has eloped with Prithvi. Preeta tells Pawan that she will marry Prithvi after he regains consciousness. Pawan sees Srishti peeping through a window and drags her to Preeta. Sarla claims that Mahira is behind Preeta’s abduction and the last note. Janki manages to untie herself. Rishabh assures Sarla that he will bring Preeta home safe. Prithvi regains consciousness and gets shocked on seeing Preeta. He tries to untie Preeta’s ropes, but Pawan stops him. 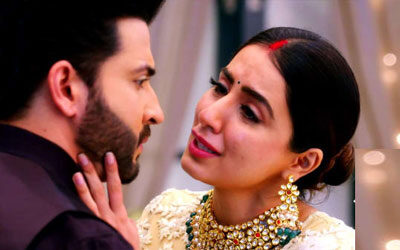 Janki attempts to attack Pawan, but Prithvi hits on her head. Karan misses Preeta. Later, Janki begins to recall past events after the attack. Preeta beats Prithvi after getting fed up of him. Janki tells Preeta and Srishti that Prithvi and Sherlyn had tried to kill her. Pawan shoots at Preeta, but Janki manages to save her. Further, Janki, Preeta and Srishti escape and decide to go to Luthra house. Preeta, Srishti and Janki arrive at the Luthra house and explain the matter to Sarla. Preeta runs into Karan, who feels at peace upon seeing her. Later, Preeta announces before the Luthra family and the press that she is Karan’s wife and not Mahira.

More summary to be added, stay glued to our website.