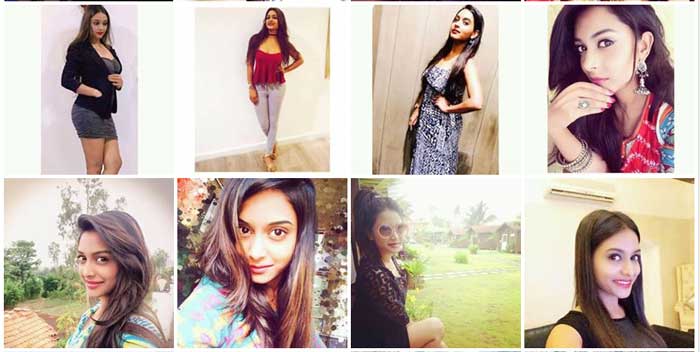 Reach For The Stars 3 Reason for Kalpi (Rachana)exit

Kalpi real name (Rachana Parulkar) is an Indian Tv actress, and she has everything to make a show successful, be it her beauty or acting, or screen presence or her charm! Her chemistry with Raghav (Ashish) was something never seen before on Indian shows; it’s terribly upsetting that instead of focusing on the leads and their chemistry when TRP charts could have soared higher, and instead of fixing their own flaws in the script they showed Rachana the door out. She has been replaced by giving lame excuses…

Here are the reasons:

They removed her because she didn’t fill the bill in acting, we heard that the creatives team of the show went on to say that they did research and found her acting flaws and her poor performance as kalpi (Rachana) in Reach for the stars, This is unacceptable to us and what do they mean by research. We don’t accept any of the things said in regards to Rachana or her acting ability. There might be personal differences and bias but disrespecting about her acting talent and professional work was not expected from them. Kalpi (Rachana) ruled our hearts because of her acting talent which was seen in many iconic scenes with Raghav Singhania (Aashish), It’s pathetic that the Creatives team, as well as the Channel (ZEE), can state that her acting abilities were not upto par. They surely do need to have their eyes checked as soon as possible.

Creatives team and Zee made her scapegoat to hide their mistakes. Fans boycotted RFTS because the ratings of the show dipped, the viewers started giving negative feedback to the show on every possible social networking site. Instead of giving Raghav and Kalpi they gave us unwanted marriage of raghav with pakhi major reason of downfall of  the show, Now creatives team and Zee channel are blaming  her poor acting. Pathetic. Are we viewers fool, we find her acting so natural.

Just at the cost of & for the sake of Promoting other characters Actors in the RFTS Story, the Viewers are now deprived of the beautiful Entertainment and Enjoyment by those 2 lead Actors of RFTS who are having fantastic On screen chemistry, superb body language with their awesome expressions which has built a permanent & evergreen image in the minds of the Viewers of TV Series in the Society.

So, finally, we are making a sincere request to the makers and Zee Tv to bring back our Kalpi (Rachana), with full dignity and honor, If they cannot bring her back then at least show her respect and dignity for her superb performance in the show. Zee Tv does not deserve talented actress like Rachana Parulkar. I hope she gets the bigger project in another channel which listens to their viewers.