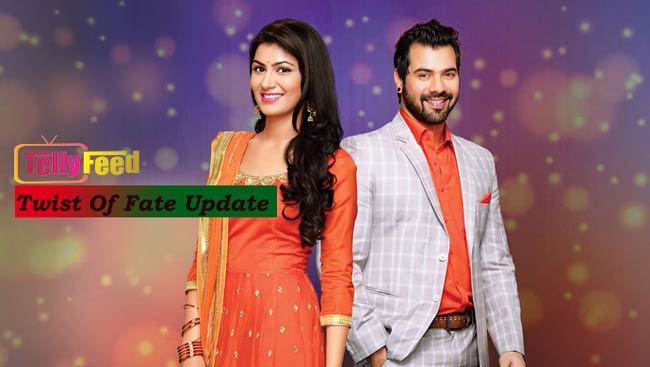 Shaina calling Dimpy and tells that Prachi is coming there. Rhea says Prachi will come here, but will see me and not Saraswati Maam. They hide. Rhea comes out from hide out and walks towards Prachi. Prachi thinks there is nobody here. Rhea asks what are you doing here? Prachi says Saraswati Maam called me. Rhea says lie and asks her not to make excuses. Prachi asks her to think what she wants and says I don’t want to hear you. Rhea says you came here to the camp, but your mom is not here. She says where is she today? She then asks about her Dad and says I didn’t see your Dad. She asks if he left your mom. She says your mom is so good, even I like her then who separated them and says you are that reason.

She says your Dad left your mum because of you. She says your Dad left you and that’s why you want to snatch my dad. She says if he takes your name then..She asks him to show her dad, how is she? Prachi asks her not to take her mother or father’s name. She pushes Prachi. Pragya pushes her. Rhea falls and signs Shaina. She gets up and smiles. She tells Prachi that she has no idea what she did. Prachi asks if she has gone mad and tells that she don’t deserve her dad. Rhea says I am my dad’s princess. Prachi asks her to stay away from her mother. Rhea tries to go near the cliff. Prachi stops her holding her hand. Rhea says your mum will also leave you like your father. Prachi slaps her.

Rhea smiles and asks her friend to show the pics to everyone. She asks her to cry and tell that she couldn’t save Rhea when Prachi pushed her off the cliff. She tells that Dad will feel bad when he comes to know and tells she will be found and will do acting. She says Dad will kick her out of the college and from Delhi. She says she will hide somewhere and will be in contact with her. Pragya gets worried for Sarita behen and says something is wrong with my daughter. Sarita behen says mother’s heart is such and says so many students are going with her. Pragya is still worried. Sarita behen says Prachi is fine and asks Pragya not to worry. Principal asks Saraswati maam if all the students are ready. Saraswati maam says some students are coming. Shaina and other friend inform Principal that Prachi pushed Rhea off the cliff.

Principal asks the students to search a rescue team and asks where is Prachi? Dimpy says may be she went to ruin all the proofs. Rhea calls Shaina. Shaina says she has done the work and convinced Principal. Ranbir and Aryan are walking in the jungle. He asks Aryan to ask Rhea to come to red cliff and says he will propose her here and will come here every year and romance with her. Aryan asks if she knows. Ranbir says she had uploaded the pic last year, she had come here, I have seen. Aryan goes to call Rhea. Pragya calls Prachi, but her phone is unreachable. Pragya calls Prachi. Prachi tells that the call was not connecting as she was on the hill side. She comes back while keeping the call on hold. Shaina and other friends blame Prachi for pushing Rhea off the cliff. Principal comes and blames Prachi. Prachi says I haven’t done anything. Principal asks her to come to office. He asks Saraswati to call Dimpy and Shaina and tells that they shall call Mr. Mehra.

Abhi is in the meeting. Principal asks her to come to the camp. Abhi asks what did she do? Principal says she met with an accident and there is a chance that she is dead. Abhi is shocked and drops the phone. Vikram asks him to handle himself. Abhi says Principal said that may be she is dead. He says she must be joking. When she left in the morning, I didn’t talk to her as I was upset. He feels guilty. Shahana comes and tells that Prachi is innocent and is blamed always. Principal says we have to find the proofs. Prachi says she had an argument with her, but she didn’t make her fall. Dimpy says Prachi must have come here to take revenge from her. Prachi says for what? She says when she came here, her mum asked her not to fight with Rhea. Dimpy says she has seen her pushing Rhea down from the cliff and shows the pictures. She says I went there to click mountain pics. Principal sees the pics and says if you will still say that you didn’t do anything.

Pragya is on the way and prays for both Rhea and Prachi. She thinks Prachi didn’t do anything and Rhea is saved.  Aryan searching Rhea and thinks where did she go alone. He asks Deepika if she saw Rhea. Deepika says don’t you know? She fell down from the cliff. Other friend tells that they heard that Prachi pushed her. Deepika says Shahana said that Prachi is being trapped. Aryan thinks Rhea must be fine and having fun somewhere. Rhea gets his call. She thinks not to pick the call, but the call gets rejected by mistake. Aryan thinks Rhea did this to get attention. He thinks to inform Ranbir that today’s date is canceled. He calls him, but the call is not connected. He thinks to go to red cliff and tell him. Abhi calls Rhea. Rhea feels happy seeing 250 missed calls. She thinks I can’t pick the call as I am unconscious. Pragya reaches the camp. Abhi also reaches the camp with Vikram. Abhi asks the teacher about Rhea. They tell that they are searching. Pragya comes to Prachi and hugs her. Prachi asks did they inform you? Pragya says no. Principal tells that they didn’t inform Police or you as we don’t want anyone’s future to get ruined. He shows the pics clicked by Dimpy and says if she is proved guilty then will be punished. Pragya asks Prachi if she fought with her. Prachi says she fought with me and pushed me. Principal asks her not to argue. Someone comes and says Rhea’s father went to the cliff. Rhea calls Dimpy. Dimpy and Shaina make an excuse and go. Rhea tells that if someone find her then she will act as hurt and will apply the sand or something. Shaina comes and tells Rhea on call that her dad came and went to the cliff. Rhea thinks he must be feeling very guilty.

Abhi comes to the cliff and searches for Rhea. He tells Vikram that she is his world and he won’t let anything happen to her. Vikram says we will get her. Abhi says I am upset and not angry with her, she came to say bye to me, but I didn’t talk to her. He asks him to let him go near the cliff. Vikram stops him and says we will find her, but not like the way you are saying.

Pragya asks Prachi what had happened? Prachi says I didn’t do anything. Shahana says Rhea fought with her. Pragya says you are in big trouble and says if Rhea is not found then Police will be called. Prachi says she don’t know why they are blaming her. Pragya asks her to tell what to do. Shahana thinks Dimpy and Rhea have done a conspiracy. She goes from there. Shaina says Dimpy did best, everything is thinking that Shaina went there for nature photography. Rhea tells them that she will act as she is lucky to survive. Shahana hears them laughing. Dimpy acts as talking to her mum and ends the call. Shahana asks why they were laughing. They tell that they acted normal while talking to her mother.

Abhi scolds Principal for not taking care of Rhea and says you would have checked where the students are going. The teacher tells that if they have known about their enmity that they would have allowed only one. Principal says I wouldn’t have allowed them to come. Abhi asks what? Principal says we are talking about Prachi and Rhea. He tells that they had a fight on the cliff and Prachi pushed her from the cliff. Abhi is shocked. He asks where is Prachi and her mum.

Rhea thinks Prachi must be getting scolded by Principal and now with my dad. She says she shall be with her mom who is sweet, but why she is coming near my father and snatching him from me. Prachi tells Pragya that Rhea was talking bad about her and told that I tried to snatch her dad from her. She says then she said that I don’t deserve to be called as your daughter. Pragya says you are my best daughter and says why did you react hearing this. She says Rhea is possessive about her father and she felt bad seeing Mr. Mehra’s affection for you. She asks her if she thought about Mr. Mehra. The rescue team guy comes. Pragya asks did you find Rhea? He says no. Abhi comes back to the tent and says how she can defend her daughter. Vikram says every parent loves their kids. Abhi says that doesn’t mean that she shall hide her mistakes. Pallavi calls Vikram and says I will not talk to you. Vikram says I wanted to call you and tells that he is not in office and came to camp side. Pallavi asks if Ranbir did a mistake. Vikram says Rhea is missing. Pallavi asks what do you mean? Meera comes there and hears him. Vikram says Rhea fell down from the cliff. Meera asks where is she? Vikram says she is missing and says I will call you once we get her. The rescue team tells that he shall take permission from the officials and will search the other side. Pragya asks where is that hill side, I want to go there.