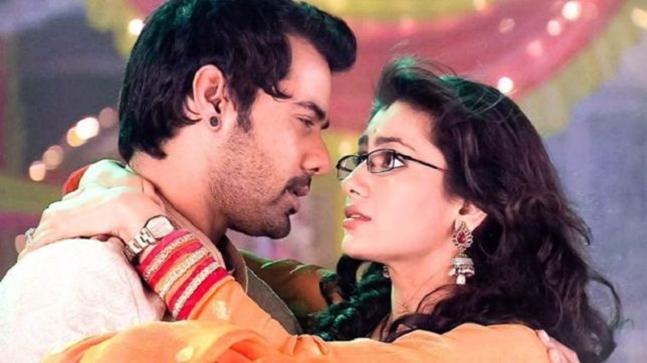 Sarla thinks about Pragya’s words and tells Beeji that she can’t think even in her dream that Pragya could do such a thing. Jhanki tells that she has seen her daughter Purvi changing for money. Beeji says Pragya has changed. Sarla tells that she lied to them that Pragya called and said that she is fine. She says she don’t know why Pragya came to the function and did this. She asks her to think that she was someone else.

Pragya is crying in the room and thinks how to find out if Abhi came back home or not. She thinks to call Abhi and then thinks to control on her emotions. She thinks to enquire with the family members about Abhi. Aaliya and Tanu come to Abhi (Abhi might be in his office) and ask to open the door. Aaliya provokes Abhi. Tanu says Abhi told that he will never give me tension. Aaliya says Abhi will open the door. Tanu asks her to go home and check on Pragya. Tai ji gets tensed and thinks Pragya will throw them out of house. Mitali says you have tortured Pragya a lot and she might throw you first. Dasi tells Aaliya and Tanu went to bring Abhi back home. Pragya comes downstairs and asks what is happening here? She says how can you sleep, as your sleep have been flown by your grand son. She asks where is Tanu? If she went to bring Abhi home. Dasi asks her to go and sleep. Pragya says this house is mine and everyone will do according to my wish. She says I don’t want any asset to waste my money. She asks them to wake up at 7 am, and she will inform them about the do’s. Dasi gets angry. Dadi asks her to come. Pragya asks God to give her strength and thinks it is very difficult to play rudely.

Abhi thinks Pragya loves him very much and can give her life for him. He thinks she is not greedy for money, but why she is doing this. He thinks Pragya will call him and will apologize if she really cares for him. He waits for her next step. Abhi wonders about Pragya and waits for her phone call. He gets Purab’s call. Purab tells that he will go home and will enquire. He says he don’t know what is happening. Abhi asks him to enquire and says if Pragya is really after money, then he don’t want his family to stay there. He says he don’t want Dadi to feel bad. Dasi tells that she will go to her Pind, and asks aren’t you getting angry? Dadi says she is angry, but can’t do anything. Dasi says only Abhi can control her. Aaliya tries searching for proofs against Pragya in her room. Pragya comes to Dadi and Dasi’s room and asks them to sleep early in the morning so that they don’t get ill and waste money on medicine. She asks them to call Abhi and asks to come home. Dasi says she will not call, and Abhi will come home whenever he likes. Pragya says if they won’t do then she will do something.

Pragya comes to her room and see Aaliya. She asks if she is walking in sleeping and warns her not to enter her room without her permission. Aaliya tells this is my brother’s room and he needs some stuff. Pragya asks what? Aaliya says Abhi want to hear some music and that’s why she came to take music CD. She taunts Pragya and says music will be relaxing for him. Pragya asks her to inform Abhi to come and take his things, rather than sending his representatives. She warns her again. She thinks Aaliya is very clever and will not stay quiet. She thinks how to bring him back home. Tanu coming to Abhi and provoking him to take action against Pragya. Abhi says he wants to see what Pragya will do? He says he was checking Pragya’s intentions and asks her to keep an eye on her. Pragya thinks how to call Abhi home. Robin informs Pragya that Purab want to meet her. Pragya tells him that she don’t want to meet anyone right now. She thinks Purab can help her get back Abhi in house. Robin informs Purab that Pragya don’t want to meet him. Purab tries to meet her. Pragya comes out and asks him to make Abhi understand to come home. Purab says what shall I call you? He asks her to call him directly and tells Abhi is like injured tiger. Abhi thinks Pragya didn’t call me even then, it means she came for money. Pragya thinks to control everyone and act strict, so that they don’t see old Pragya in her.

Finally Pragya calls him and says hello…is anyone there? Abhi acts ignorant. Pragya tells him that she needs every detail else she will take him to court. Abhi gets Purab’s call. Pragya disconnects the call. Abhi thinks to teach her a lesson. Abhi calls Purab and asks if everything is fine? Purab asks him to return home, and tells Pragya is getting too much. She is acting like a queen. Dasi takes the call and tells Pragya said she don’t want to spend even a penny on Dadi’s medicines. Purab says she refused to meet me when I came home. Abhi says how dare she? I am coming home. He thinks Pragya didn’t do right and he will not leave her.

Tanu asks Aaliya to go as she have some work. Aaliya asks you have some work or you don’t want to see Pragya. Tanu says that her mood is spoiled. Aaliya says Pragya has spoiled your function. She asks her to be with Abhi and reminds of Raj’s words to have strength and throw Pragya out of the house. Tanu apologizes and asks if she got anything in Pragya’s room. Aaliya tells that Pragya came in the room and caught her red handed. Tanu says I thought she give you a good piece of words. Aaliya says it doesn’t matter and asks her to think what to do to throw her out. Tanu says until she leaves the house, she can’t marry Abhi. Abhi enters the house and thinks to shock Pragya. He thinks to take revenge from Pragya for insulting Dadi and Purab. He thinks from where to go, and takes the ladder. He thinks it is risky, but this is the way to reach room. Pragya thinks she will not leave her attitude and will give her two replies without hurting him. She then thinks to focus on her mission and prepare herself to face Abhi. Abhi thinks get ready fuggi and determines to take revenge. He takes stone in his hand and climb up the ladder. He throws the stone after climbing up. Pragya hears the sound and asks what is this sound. Abhi thinks Pragya will be alerted and enters silently. Pragya sees him and thinks he is a thief. She starts beating him. Abhi shouts.

Dasi says let Abhi come. I will make him slap Pragya. Purab tells Dadi that it seems Abhi came home. Aaliya and Tanu come home. Tanu asks why you are standing here. Did Pragya throw you out of house. Dasi says let Abhi come then he will make Pragya dance on his tune. Aaliya says it is good that Bhai is coming. He will teach a good lesson to Pragya for her misdoings. She goes to freshen up. Pragya continues to beat him with a rod. Abhi asks her to stop it and says I am not a thief. Pragya asks why will I beat you? She says I knew you are inside the blanket and that’s why brought the rod to beat you like a punching bag. Abhi says he came to take revenge from her. Pragya says if you enters my room again without my permission then I will beat you after hanging on the fan. Abhi is shocked and asks what did you say? He asks how dare you? He says you did a mistake and shall apologize to Dadi, Purab, me and everything. Pragya says you should be comedian and not Rockstar, as your sense of humor is good. Abhi says I will press your neck and then you will know what I shall become.

Pragya says whoever you are? You don’t have mind. Abhi asks why did you try to stop my Dadi’s treatment. Pragya says she just tried to save her money. Abhi says money is mine. Pragya says it seems you are in shock and tells she will decide where and how to spend the money. She asks him to get ready with credit statement. Abhi looks on.

Read Next: Friday Update on Twist of Fate 18 September 2020