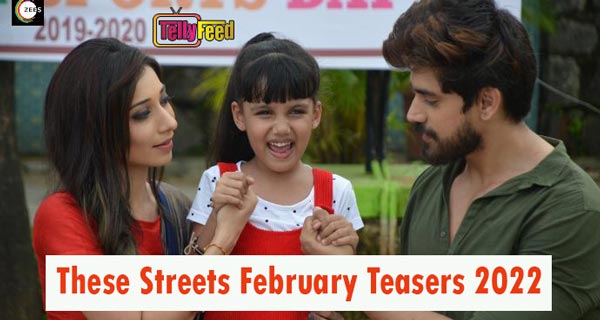 Due to Krishi’s push, the sweet dish slips from Shalini’s hands. Shantanu disguises and introduces himself as Satpal Singh. Shalini taunts Asmita when she slips. Shantanu finds himself in trouble when Krishi tries to drive Satpal Singh away.

Shalini decides to bring Asmita and Mr Shekhawat closer. Shalini gives Asmita 48 hours to fulfil the duties of a wife.

Due to Shantanu’s trick, Asmita and Mr Shekhawat end up fighting with each other. Further, Shantanu sees Mr Shekhawat entering a room and resolves to find out the secret behind it.

Mr Shekhawat decides to make Asmita his through crooked means. Akira realises that she has begun to love Satpal. While playing hide-and-seek with Nirvaan, Krishi hides in a closet and Mr Shekahwat locks her up.

Satpal and Krishi don’t let Mr Shekhawat succeed in his plans. Mr Shekhawat tortures Shalini. Seeing Shalini’s injured hand, Shantunu suspects that she is hiding something. Meanwhile, Asmita begins to doubt that Satpal is Shantanu and tries to find out the truth through Krishi.

Mr Shekhawat proposes an alliance between Akira and Satpal. Mr Shekhawat reveals his real intentions to Shalini. Asmita puts forth a condition in exchange for not telling Shantanu’s truth to everyone. Later, Shantanu arrives at Shekhawat Bhavan as Satpal’s friend.

Shantanu challenges Mr Shekhawat that he will expose his doings. Shantanu follows Mr Shekhawat into the basement and learns the entire truth. However, he fails to prove the truth to Asmita. Mr Shekhawat turns the tables by proving that Shantanu got himself attacked. Akira gets heart-broken upon learning Satpal’s truth.

Shantanu reveals to the family members that his engagement with Akira was only a pretence. Asmita’s look-alike Devika meets an imprisoned Asmita. She tells her why she agreed to Mr Shekhawat’s condition. Further, Shantanu decides to find out the reason behind Asmita’s changed behaviour.

Asmita knocks on Shantanu’s bedroom door for help. Mr Shekhawat manages to recapture Asmita and holds her captive in the basement. Shantanu learns that the Asmita he is talking to is not the real one. To learn the truth, he comes up with a plan. Further, he finds a captive Asmita.

Mr Shekhawat puts forth a condition in exchange for Krishi’s life. Asmita and Shantanu plead with Devika to help them. Further, to save Krishi, they arrive at the location given by Mr Shekhawat.

Before succumbing to death, Asmita asks Shantanu to make a promise to her. Six months having passed, Shantanu still doesn’t tell Krishi the truth about her death. Nivedita advises Shantanu to look for Devika. Further, Shantanu’s detective gives him a news about Devika.

Krishi unwittingly takes a fatal step in her want to meet Asmita. Devika promises her mother to fulfil the dream they share. The next day, Devika is surprised to see Shantanu who has come as a professor in her college. She challenges to oust him from the college.

Later, Devika worries about her mother’s medical treatment. Krishi hugs Devika mistaking her for Asmita. Shantanu makes Devika sign a contract. The doctor tells Shantanu that Krishi’s health is improving and advises him to avoid putting her through trauma.

Krishi’s insistence puts Devika in a fix. Krishi tells Shantanu to apologise to Devika. When Nivedita tells Shantanu that Devika can take Asmita’s place, he gets furious with her.

Devika announces before everyone that she will help Krishi recover. Devika tears the blank cheque given by Shantanu and confesses her feelings for him. A furious Shantanu tells her that she will never be able to take Asmita’s place.

Shantanu asks Devika to leave from his room. Akira accidentally sets Krishi’s room on fire. Devika rescues her but her hands get burnt in the process. Shantanu tends to her wounds. Nivedita tells Krishi that only her can convince Shantanu to accept Devika.

Nivedita and Krishi come up with a plan to stop the wedding and inform Devika about it. Shantanu realises that he has fallen in love with Devika. He gets worried when he is not able to find her anywhere in the house. Shantanu gets Devika’s ring. He looks for Devika in the house and then finds her locked in the storeroom. The police arrest Akira. Later, Shantanu and Devika tie the wedding knot.