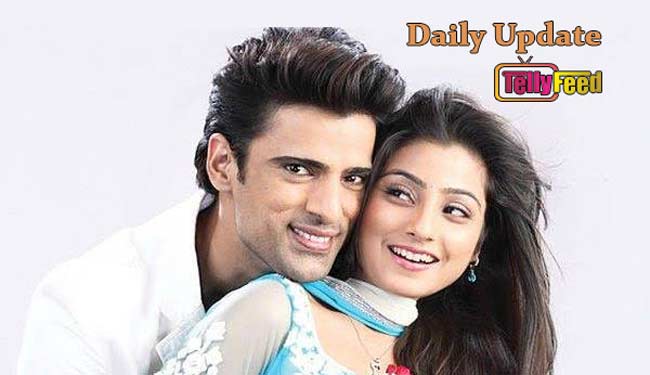 Sunday Update on Lies of the heart 8 March 2020

Rashmi’s parents are giving rashmi the presents that they have brought for everyone. rashmi is still gloating about how she has gotten urmi lucky by marrying hier to samrat. But her father expresses concerns for shashi’s and samrat’s behaviour, these days…….Sunday Update Lies of the heart 8 March 2020.

They both hope that everything would be alright with urmi and samrat. But rashmi says that maybe only urmi rules, instead of samrat. Rashmi’s parents are discussing with rashmi, about how samrat doesnt listen to anyone let alone urmi. She warns rashmi that tomorrow if anything happens, then rashmi would have to respond, having been the intermediator for this marriage. Rashmi says that urmi doesnt have anything else to be tensed about, except for that. Rashmi’s mother is still concerned for it. Saroj overhears their conversation and is tensed to hear about all this. Meanwhile, she sees that urmi is tensed and sad sitting in her room.

In samrat’s residence, all are looking through the gfits, but shashi is as usual dissatisfied, and continues cribbing about it. The servant asks if urmi and samrat would eat there only, at his in laws house. Shashi agrees and says that they would come soon now. Shashi is angry when her husband mentions that she would use urmi to help her in the house. Samrat’s bhabhi says and shashi agrees that they can have urmi’s rasoi pujan rasam tomorrow. They get a call, where diwaker picks up, and noone answers. shashi is tensed though. diwaker says that he’s leaving and informs kanchan. The phone rings again, and shashi rushes before anyone else can pick. She picks up and reprimands the person not to call on this number, slowly, and whenever he/she has to talk, they should call on her number. She then pretends to be talking to a relative and makes an excuse of what she is talking.

Saroj finds urmi alone, and closes the door behind her. While urmi talks about her diary and stuff saroj tries to start a conversation with her about her marital life. Urmi sits down to talk. Saroj caresses her cheeks, and says that she has to go in the evening, and she doesnt want to regret not being able to talk to her. She says that the house would be empty again, when urmi leaves. she says that she knows that she has to get habituated to that. urmi assures that she would keep coming, to meet her. While saroj has urmi’s hands in hers, she asks urmi about the wound on her arm, which samrat had caused. Urmi gets tensed remembering about that night, and samrat’s brutality. Urmi makes an excuse, and diverst her mind from it. saroj again asks if everything is okay, between her and samrat, and if he is nice with her. urmi assures her that everything is right, and that he is very good with her. Saroj gives her marital advice, about how this union changes a girl into a woman, and that whats not ccording to them shouldnt necessarily be bad, and whatver they get in life, they should search for happiness, and comfort in that, and that might beget some changes, and they should comply. she says that one who can adapt to any situation is a woman, despite the initial problems and hurdles, but with time, everything would be like she wants, but she should go along with samrat, and his likes and understanding. She says that it would take time, to dapt to that environment, but she would have to do it, without any problems. urmi asks her not to worry as she understands. Saroj says that she has to as she’s her mother. urmi says that she has grown up and now she doesnt have to worry about urmi.

Scene 2:
Location: Samrat’s office
While samrat is busy working in the office, ishaan comes and reminds him, that he has to go, not for urmi’s parents, but with urmi, who’s desperately waiting for him to come and get her. Samrat says that he wont leave, till the stock market closes. Ishaan says that his wife is important too. Samrat says that he would give time to her in the night. Ishaan says that this is the first time tht she has gone back to her house, after marriage, and he has to go to pick her up. Samrat asks what diffrence would it make, sounding very rude and emotionally drained, and harsh and cold. Ishaan again tries to give him advice, that she’s his responsibility and he cant defy that. samrat says that his work is his responsibility, and whether he understands it or not, urmi would. samrat says that he would send his driver, and begins to call, as he isnt needed and his car would represent him. ishaan says that he himself would go, and his time, he wont bear any of his bullshit or nonsense. Samrat is tensed.

Urmi’s residence
All are making preparations for samrat to come to pick urmi up, while anu is busy making pasta, granny wonders about samrat’s new clothes and saroj is tensed that she needs to make sweets before samrat arrives. They are discussing how samrat would like this way over the hotel food, which though delicious doesnt have the love of the relations. Buaji asks about gaurav, and rashmi says that he has gone to leave her parents. urmi goes to attend to her father. She finds him dozing on the sofa, and calls out lovingly to offer him water. Devishankar says that he hasnt been able to talk nicely since she married, and asks her to sit down so that they can talk. He explains that he is happy at her daughter’s happiness, but sad that she has gone far aay. she says that she’s very close, and can call her anytime he wants her to, or can come to meet her. he explains how that it isnt practically possible, and that once married, there’s akways going to be a distance. As they are talking, nirmala’s husband announces samrat’s car’s arrival. they all get excited while anu is super excited. urmi is super happy too, and goes out along with the others. As ishaan gets down, urmi is saddened and all else are disappointed, and look around for samrat hoepfully. Ishaan is tensed, and answers that samrat didnt come. they are all tensed while urmi is shattered. Seeing their faces, ishaan makes up that he had gone out, to get urmi, but had a very imp meeting last minute. All are disappointed, while ishaan tries to lighten the mood, with his cheer. As they begin to go inside, he asks them to stop, and then gets his tablet out, to take a pic. urmi gets back so that her pic isnt seen, and he tries to get them to cheer by taking everyone’s pic. Devishankar says that even work is important and hence they should understand. They all welcomes ishaan inside the house. Urmi is beyond consolation.

As she gets in her room, urmi is very sad and upset. She closes the door behind her. She breaks into tears incoherently. hearing her name being called, she composes herself in front of the mirror and then walks out. Urmi finds Ishaan being pampered by her family, at the dining table, and is happy, imagining Samrat and making herself to believe that he has finally come. But she is jolted back to reality as she finds that its ishaan and not samrat, and gets disheartened once again.

Scene 2:
Location: Samrat’s residence
Diwaker asks kanchan to eat, in her state. They find that samrat is coming in. As samrat begins to enter, his parents stop her that they shall enter together, him along with urmi. They ask samrat about urmi. He asks hasnt she come back yet. they are shocked. Shashi asks if he didnt go himself. Samrat says that he sent ishaan. They are all boggled at his behaviour. samrat says that they would both come soon, and he wants to eat as he;s hungry. Diwakar says that he should have gone today. Samrat says that he didnt as he had work, unlike others. His father says that its his wife and he should have been with her today. Samrat says that evnn if she comes with ishaan, she would be samrat’s wife only. He asks them not to be tensed and give him something to eat.

Scene 3:
Location: In the car
As the radio plays one romantic number after the other, ishaan tries to cheer up urmi. but she doesnt like it. Urmi asks ishaan why didnt samrat come to take her. he again makes up the same excuse and pretends that samrat was very caring for her and was very bad for this. She asks ishaan if he too would have done the same thing with his wife. Ishaan is rendered speechless. He says that noone does this by choice, and goes on to say how samrat was feeling sorry about this, and he himself asked him to concentrate on the office while he goes to pick urmi. urmi taunts back saying that she completely understands whats going on. ishaan is tensed. just then, he gets samrat’s call, and thinks of an idea to cheer up urmi.

samrat asks him impatiently where’s he. ishaan asks back where’s he. Samrat says that he reached home, and everyone’s asking about urmi. While samrat expresses his disgust, ishaan doesnt let urmi get a hint of that, and instead makes it sound like samrat is missing urmi very much and is highly apologetic about not being able to pick up urmi himself. Samrat asks him to stop drama, as the entire family is asking about her. ishaan again asks him not to miss her so badly, as he shall get her soon to their house. Samrat tells his parents that he is coming. Ishaan takes this oppurtunity to cheer urmi with this. Urmi begins to smile. Ishaan further goes onto make her gloat about her romantic effect that she had on samrat. he again puts on the radio and urmi dreams on happily listening to the romantic number.

Read Next: Monday Update on Lies of the heart 9 March 2020