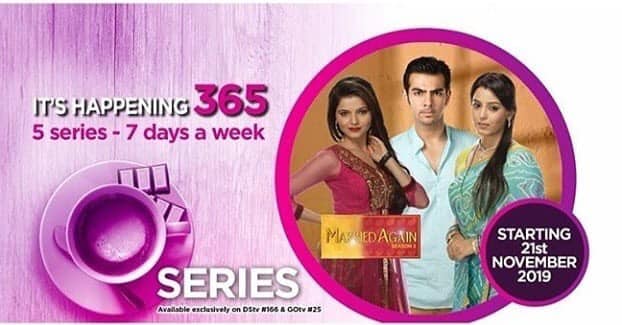 Divya (Rubina Dilaik), who has become a popular TV actress, returns to meet Raj (Karan Grover). She learns that Raj is married to Sarita (Srishty Rode). Divya thinks that Raj has moved on in life and she decides to marry Gaurav (Ayaz Khan).

She does not know that Raj and Sarita, even after ten years of marriage, do not have any real husband-wife relationship. Raj still loves Divya. Sarita challenges Divya: before getting married to Gaurav, Divya has to make Raj love Sarita. Divya accepts this and comes to Raj’s house to stay, trying her best to bring him close to Sarita. But the efforts fail and Divya goes away because she does not want to be responsible for breaking up Sarita’s marriage.

Feeling that he has been very unfair to Sarita, Raj decides to be a good friend to her and help her find happiness with a new partner. Raj fixes Sarita’s marriage to Vikrant Suryavanshi (Eijaz Khan), who is a rich widower and his little son, Abhimaan, adores Sarita and wants her to become his mother. Meanwhile, Raj suddenly realizes that he loves Sarita and tells her about his feelings. She breaks her engagement and returns to Raj. However, when Raj’s younger sister gets into trouble, Sarita is forced to ask for Vikrant’s help who agrees on condition hat Sarita marry him. Having no choice, she agrees. Raj is bitterly disappointed.

Vikrant and Sarita get married. Divya makes an re-entry. Raj visits Divya and slips an engagement ring onto her finger to prove to Sarita that he has moved on. When Raj discovers the truth behind Sarita’s marriage to Vikrant, he asks her to elope with him but she refuses. Sarita falls in love with Vikrant but owing to a misunderstanding Vikrant becomes upset with her assuming she still has feelings for Raj. Raj sees the error of his ways and gets back together with Divya. Vikrant finally realises Sarita loves him but Sarita is accused of plotting the murder of Surabhi and is arrested.Will they find any clue to help Sarita out of the murder case?.