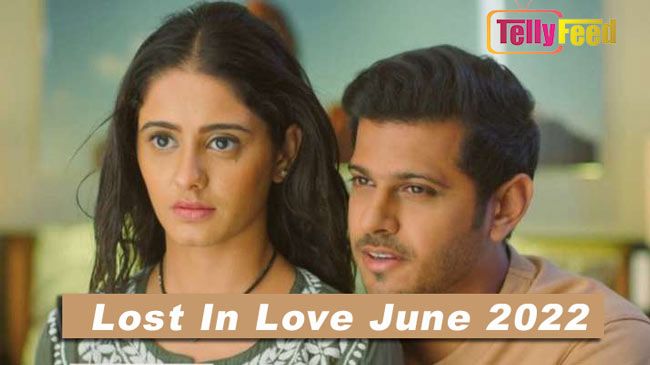 Sai decides to teach Pakhi a stern lesson for her taunts. Her plan backfires when the family takes a stand for Pakhi.

Sai decides to take Pulkit’s help to know more about the medications given to Devyani. Meanwhile, Bhavani nurses Pakhi’s wounds and swears revenge on Sai.

Sai tells Virat about her college friend Aniket who is an excellent singer, making him jealous. Unknowingly, their harmless banter turns into a full blown argument.

Sai and Virat’s relationship turns bitter while Pakhi takes the advantage of the situation. Later, Bhawani puts forth a sharp accusation at Ashwini.

While Sai refuses to wear alta even after Bhavani forces her, Pakhi instigates the family. Later, Ashwini brings new clothes for Sai with some words of advice.

Ashwini explains to a reluctant Sai that Virat does harbour feelings for her. Upon hearing the family’s complains about Sai, Virat gets annoyed.

Pakhi burns with jealousy when Virat and Sai perform a ritual together. She taunts Virat about his growing concerns for Sai.

Virat asks Sai if she loves him while tending to her allergies. Later, she gets emotional as he feeds her. Are they falling in love?

Ashwini taunts Bhawani for being biased towards Pakhi. While Virat encounters Viji, Aniket reveals a shocking truth to Sai.

The family is furious when Mohit informs them that he has quit his job. Later, Sai gets anxious when Virat does not return home on time.

Virat and Sai face an angry family when they return home. While Sai clears the misunderstanding, Bhavani gives them some grave news.

Ashwini asks Pakhi to book three tickets so that Sai can go with Virat to Ladakh. While the family chastises her decision, Ashwini stands firm with her decision.

Virat visits Sai’s college on a special request from the principal. Later, Aniket makes him give Sai a bouquet of roses on the occasion of Valentine’s Day.

Virat brings chocolates and roses for everyone on the occasion of Valentine’s Day. Later, Pakhi creates a scene, and the family misunderstands Virat.

Virat and Sai engage in friendly banter. While Sai tells Pulkit about Virat, the latter rebukes her for humiliating Pakhi.

Sai grows possessive about Virat while Pakhi taunts her. Meanwhile, Pulkit grows emotional as he recalls the past after Sai makes a revelation.

Upon witnessing Devyani’s reaction at Pulkit’s name, Sai gets a clue. Later, Sai takes a strong stand against Bhavani.

Virat supports Sai when she defends Mohit and schools Pakhi when she tries to taunt Sai. Later, an emotional Sonali bursts out at Omkar.

Virat discloses that Sai will be joining along for the trip. While Virat defends his decision, Pakhi has an outburst and does the unthinkable.

Witnessing Pakhi’s outburst, Virat loses his calm and tells her the reason for bringing Sai along. Later, Sonali and Karishma instigate Pakhi further.

At the college, Sai gets curious when Pulkit asks for the Chavans. At midnight, a heated argument erupts between Virat and Sai over Pakhi.

Sai motivates Mohit to follow his passion. When the Chavans question her about her lunch plans with the college professor Sai maintains her calm.

Shivani rebukes the family while Virat sternly objects to Sai’s meeting with Pulkit. Later, Sai takes a shocking step much against the family’s will.

Sai returns home to the taunts of the family members. While Ashwini decides to bring food for Sai, Virat stops her and declares that Sai will not get food for the entire day.

Mohit takes a stand for Sai against the family and expresses his disappointment in Virat’s behaviour. Unaware of Virat’s repentance, Sai takes a drastic decision.

Virat consoles Sai when she plans to leave the Chavan mansion with Usha. Later, Sai is amused as Virat gives her a surprise.

Virat and Sai have a friendly banter over food, and the former feeds her. Pakhi witnesses this and taunts them.

Ashwini rebukes Pakhi for interfering in Virat and Sai’s matters. Later, Sai confronts the family for questioning Virat about his closeness with her.

Sai decides to leave the house, but Virat assures her that he will not let her go away. While the family is rendered speechless, he takes her to the temple.

Pulkit bares his heart to Sai about his relationship with Devyani. Meanwhile, Bhavani fears a predicament on the day of Mahashivratri.

Devyani has a shocking outburst after Sai tells her the truth about Pulkit. Meanwhile, Pulkit’s unexpected arrival leaves the family baffled.

The family has a furious outburst after Pulkit gets adamant about meeting Devyani. However, everyone gets a shock when Devyani refuses to recognise Pulkit.

Ninad lashes out at Sai for opposing Bhavani and approaches to hit her, but Virat comes in between. Later, a shocked Virat comes to know about Devyani and Pulkit’s marriage.

Pulkit promises Devyani that he will return to marry her. While Virat and Sai bat for Devyani, Bhavani spills a grave secret to Pakhi.

Bhawani asks Pakhi to manipulate Virat against Devyani and Pulkit’s marriage. Later, Sai spills a shocking truth to Virat about Pulkit and Devyani.

While Virat and Sai plan Devyani’s wedding, Bhavani tries her best to stop it. Later, Sai defends her actions in front of Bhavani.

Pulkit sends some lovely gifts to Devyani. While Sai refuses to open the gifts in front of the family, Bhawani does the unthinkable.

Sai forces Bhavani to clean the mess she and Ninad created by threatening to expose her. Later, she throws another challenge at Bhavani.

Virat and Sai get into a cute banter when the latter asks him for money. Later, Pakhi tries to instigate Virat against Pulkit.

Pakhi receives a mysterious letter from someone, who claims to be Pulkit’s wife. While Sai believes in Pulkit, Virat decides to investigate the same.

Virat doubts Pulkit’s intentions while Sai confronts Pulkit about his relationship with Madhuri. Later, Virat is hell-bent to find out the truth.

Sai takes a firm decision to unite Devyani and Pulkit. Meanwhile, Bhavani thanks Pakhi for providing false proof against Pulkit!

Sai tries to convince Virat that somebody is trying to frame Pulkit. While Virat decides to reinvestigate the case, Sai and Pakhi have a heated argument.

The family doctor suggests the Chavans to get Devyani admitted to the hospital. Later, Bhavani makes a shocking request to Sai on Devyani’s behalf.

Sai gets worried when Pulkit goes missing and fails to attend to her phone calls. Elsewhere, Omkar and Ninad hatch a diabolical plan against Pulkit.

Devyani turns inconsolable when Sai fails to bring Pulkit home. While Sai grows worried by his sudden disappearance, Bhavani is up to something fishy.

The Chavans face a tough time comforting Devyani as she undergoes an emotional outburst. An angry Bhavani accuses Sai of her impulsive nature.

Bhavani unleashes her wrath upon Sai and blames her for everything. On learning about Pulkit’s innocence, Sai confronts the family and speaks in support of him.

Ashwini vents her anger on Sai for defending Pulkit without having any proof of his innocence. Later, Sai gets some information about Pulkit.

When Sai searches Pulkit’s car, she finds his wallet and assumes that he has been kidnapped. She decides to lodge a police complaint when she receives a message from him.

Pulkit takes a huge risk and sends a video message to Sai, showing that he is kidnapped. On the other hand, Sai finds out the culprits behind the crime.

After finding out the truth, Sai pretends to frame Pulkit and apologises to Bhavani. Later, her act makes her win Bhavani’s trust.

Ashwini spots Sai leaving the house at night and informs Bhavani about it. While Bhavani warns Ninad about Sai, the latter fails to follow Ninad.

Madhuri gets baffled after she finds Pulkit in a miserable condition. Later, Pulkit tries to stop Sai from revealing a grave truth to Virat.