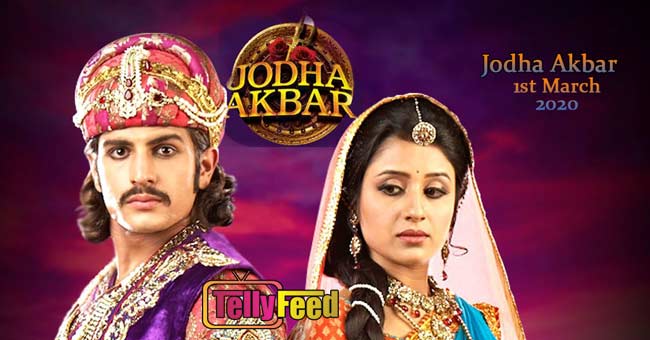 Jodha Akbar Zee World is an Indian historical fiction drama premieres on Sunday, 1st March 2020 replaces Gangaa Zee World and will air in English and Zulu for South African audiences. The show was produced by Ekta Kapoor under her brand name Balaji Telefilms. It starred Rajat Tokas and Paridhi Sharma in lead roles. The show focuses on how a political marriage between a royal couple from two different religions brings love between them to the extent that it changes the fate of India and its people. It was one of the most expensive TV serials ever made with its dazzling array of period costumes, sets, and jewelry.

Jodha Akbar is a sixteenth century love story about a political marriage of convenience saga between a Mughal emperor, Akbar, and a Rajput princess, Jodha. But much more then that it’s the marriage of contrasts.

Akbar who had inherited his father, Humayan’s Mughal Empire at the age of 13, after his father’s death, had been brought up almost like a trained assassin by Bairam Khan, his fat her’s supreme commander. Hard-nosed, rough, tough and heartless… and priding himself on the each of those facets of his personality, the only thing Akbar had learnt was to expand his empire – at the cost of others lives – at the cost of emotions – at the cost of love – the word he was never familiar with. 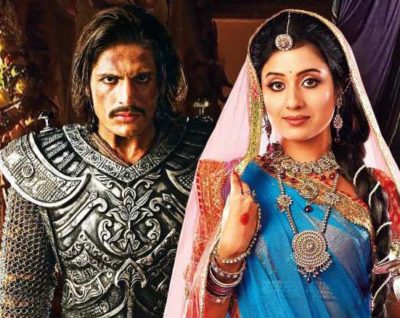 Whilst Jodha, the daughter of Raja Bharmal, the Rajput King of Amer (one of the most affluent Rajput Kingdom’s of its time) valued each of those emotions – valued the life of even the birds and bees of her kingdom – she only hated the Mughal’s whom she felt were intruding upon her land, and wanted to oust them from Rajputana, along with their Emperor Jallaluddin, whom she hated with her heart.  Jodha resented being reduced to a mere political pawn in this marriage of alliance, and Akbar’s biggest challenge now lies in winning the love of Jodhaa a love hidden deep below resentment and extreme prejudice.

Through a shrewd blend of diplomacy, intimidation and brute force, Akbar won the allegiance of the Rajputs. This allegiance was not universal.

But little did Akbar know that when he married Jodha, a fiery Rajput princess, in order to further strengthen his relations with the Rajputs, he would in turn be embarking upon a new journey the journey of true love – he would discover the heart which he never felt he had – and it would throb for its rightful lover – Jodha. 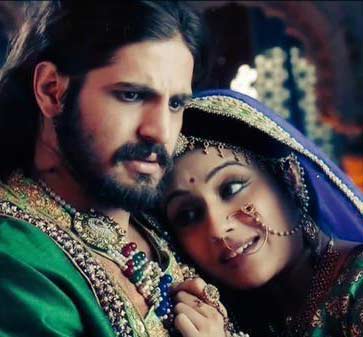 Jodha Akbar is an epic drama that show focuses on how their political marriage brings love between them to an extent that it changes the fate of India. This period drama also portrays the wars of that time along with the relations between the Mughals and the Rajputs. The drama focuses on the functioning of the queens, the courts, courtesans, the ministers and their influence on the love story of Akbar and Jodha. The show highlights how Mughal emperor Jalaluddin acquired the title of Akbar from the people and covers most of his reign from 1557–58 up to 1598, also showing the life of Akbar’s children, a secondary love story of Prince Salim and Anarkali.

New Series Coming this May: Read Curse Of The Sands Zee World

Spoiler Ahead:
The main female lead Jodha  will soon expose vishkanya Benazir (New Wife) in front of Jalaal  by herself drinking poisonous kheer. Benazir who came to kill Akbar actually belongs to Jalal’s enemy Abdul Mali who wants to take over Jalal’s throne. Benazir plans to kill Jalal with poison within her but many a times Jodha saved Jalal from her attack.

In the coming episode while Jalal and Benazir’s marriage proceedings will be going on Akbar will be asked to drink kheer tasted by Benazir as per customs.But before Jalal drinks kheer poisoned by Benazir mouth, Jodha will come in between and will drink that herself. Jodha will soon faint and fall in Jalal’s arms.

Lets see how Akbar manages to save Jodha and what effect will the event bring upon Jodha and Jalal’s relationship who have by now understood how much they are in love with each other.

The event will not only shatter Abdul Mali dreams but will also mark onset of a new and great love story of Jodha and Akbar.