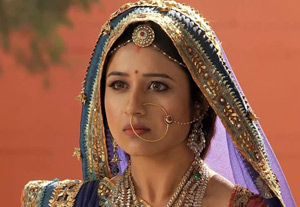 Jodha hides her pregnancy news from Jalal so he can focus on his mission. Read Jodha Akbar November 2022 Teasers;

Jalal and Jodha’s love continue growing stronger despite Rukaiya constant demands. Bakshi starts to give Jodha an unpleasant attitude. Rukaiya was never pregnant in the first place, rather it was her plan to deceive everyone. A letter is sent to jalal from a woman named Chand. Jodha realizes that Jalal cannot read or write.

Maham secret prisoner is none other than Chand. More secrets begin to unravel and it is seen that Maham was once a servant to Chand and Humanyun. Shenaaz express her desire to kill jalal and sit on throne. Rukaiya has to put up with living a pregnancy lifestyle. Adham’s anger become visible to Jalal when they face each other in a sword fight.

Jodha embarks on a fast to pray for the unborn heir. Jodha resorts to fighting like a brave warrior when she and jalal are attacked.

Later, Jodha asks jalal to teach her how prayers are done in the Muslim way. Adham has managed to paint Razi Khan as the culprit of his own actions. Shenaaz is seen to be Chand’s grown up daughter. Jalal vows to find Chand and give her all rights she deserves. Later, Rukaiya lies backfires on her.

Jalal’s reaction to Rukaiya false pregnancy is priceless. Shenaaz sneaks into the palace prison with the hope of finding Chand. Jodha proves her heart is made of gold once again. Rukaiya tells Jodha to stop granting her sympathies.

An unknown person has offered to help Shenaaz in her fight. Jalal unites the people with different religions in the state. On this note, the nation awards him with the ‘AKBAR’ (greatest) title. Jodha is over the moon with her husband’s new title as the AKBAR. Meanwhile, another old enemy, Mahachuchak has risen to stop Jalal.

Maham discovers that Shenaaz was never mentally unstable. Jalal has announced that only his three special wives will participate in the upcoming meena bazaar. Beg gives Mahachuchak idea on stocking a full army to defeat Agra. Jodha decides to gift jalal her hand made turban for the meena bazaar.

Beg has gotten rid of Ghani Khan to let Mahachuchak have her way into Agra easily. Someone poisons the turban Jodha made for jalal. Maham advices Shenaaz to fight Jalal publicly. Jalal holds Zakira responsible for the poisoning.

Shenaaz puts a false allegation of rape on Todar. Haider reluctantly ties the knot with Mahachuchak. Todar is sentenced to death for a crime he didn’t commit. Later, a huge storm approaches the palace.

Mahachuchak assemble her force and is ready to attack. Shenaaz quits pretending & reveals her true identity. Jalal rescues Todal on time from being hanged. Jalal orders his men to search the prisons for Chand. Meanwhile, Maham is a bit faster in shifting Chand to another location.

Mali & Nigaar plan their next move. At the same time, Mahachuchak army strike on the streets of Agra. Jalal is worried as he refuses to embark on a war with his own relatives. Hamida convinces jalal to fulfill his duty as a king irrespective of who is at stake.

All the women prepare to leave the palace. In the meantime, Jodha receives a news from the doctor. Jodha hides her pregnancy news from Jalal so he can focus on his mission.

Maham and Adham prevent Jalal’s peace letter from reaching Nigaar hence making matters worse between brother and sister.  An intense war begins.  Nigaar distracts Jalal and have him captured in Mali’s den. Who will protect the women now?

Jodha boosts the women morale in fighting against Mali and his men. With the help of Rukaiya, Salima and others, Jodha brings Mali to his knees.

Maan saves Jalal from Mali’s clutches. Rukaiya sing praises of Jodha’s bravery. Mahachuchak decides to use a strange animal in human form to defeating Jalal for good. Adham requests for a province to rule over. Nigaar realizes Mahachuchak has been using her as a pawn.

She begs for forgiveness and unite with jalal. Rukaiya becomes aware of Jodha’s pregnancy. On one side, there are preparations for Jodha’s unborn child ceremony, and on the other side, Mahachuchak has sent khaibar to kill Jalal. Maham fears that Nigaar might reveal her truth to everyone.

The doctor states that Jodha is expecting twins. Celebrations are ongoing within the palace. Meanwhile, Khaibar is causing a big havoc outside the palace. Khaibar kidnaps Jodha.

Hamida is tensed when Jodha visits Khaibar in prison. A new girl makes her entry and Jalal is unable to take her off his mind. Who could she be and what is her mission?