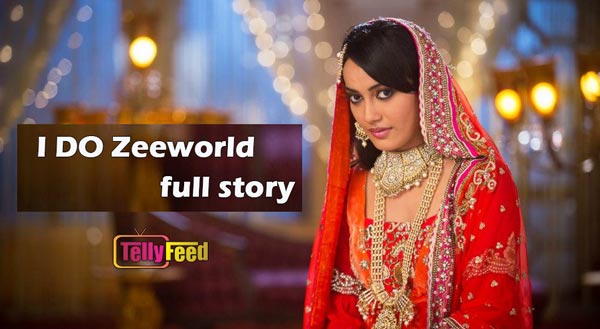 I Do Full Story ZeeWorld, Plot Summary, Cast and Teasers

I Do ZeeWorld replaces Jodha Akbar which ends on the 23rd of November.

I Do is the romantic tale of Zoya, a modern woman from America, and Asad, a wealthy businessman with traditional values, fall in love. Their romance spans many generations through their children and their reincarnations.

The first season of the show focused on the love story of Asad Ahmed Khan and Zoya Farooqui, played by Karan Singh Grover, who was later replaced by Raqesh Bapat, and Surbhi Jyoti.

In May 2014, the second season introduced Asad and Zoya’s twin daughters, Sanam and Seher, and revolved around their lives 20 years after the death of their parents.

The third season of the show portrayed Aahil and Sanam’s incomplete love story after she loses her memory, is transported to Pakistan, and an imposter takes her place.

The fourth season of the show, launched in August 2015 and incorporating supernatural elements, was set 25 years after Sanam’s suicide. It focused on the love story Mahira, who was the result of Sanam’s last prayer  and her two husbands – Azaad Iqbal Khan who is revealed to be a vampire and is the “fake” Sanam’s son, and his long-lost brother, Armaan Iqbal Khan, who receives his heart in a transplant. 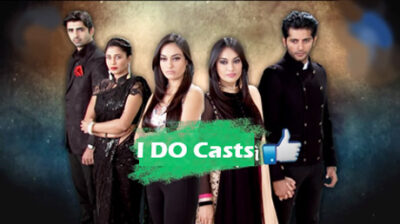 I DO FULL STORYLINE

Zoya Farooqui, a fun-loving girl brought up in the USA, travels to Bhopal in search of her biological father and stays with her foster sister’s aunt Dilshad. The son of the latter, Asad Ahmed Khan, is silent, traditional, orthodox and ill-tempered. They gradually fall in love, but Asad’s childhood friend Tanveer Baig creates obstacles for them.

Dilshad’s husband Rashid abandoned her with their two children to marry a much wealthy Shireen and has three children, including her son Ayaan Ahmed Khan, who has a loving relationship with Asad. Shireen’s brother Gafoor Siddiqui is, in fact, Zoya’s biological father, who presumed her dead after his second wife, Razia, kills her mother in a fire, but Zoya escapes.

Humaira, Gafoor’s younger daughter, is saddened when Ayaan leaves with his mother and sisters after Rashid unites with Dilshad. Haider enters the lives of Siddiqui’s to take revenge for his parent’s death. Amidst this revenge, he falls in love with Humaira, and he also learns about being Zoya’s lost cousin brother, and Haider and Humaira later marry. Zoya and Humaira soon learn that they share a father, and Zoya marries Asad. They give birth to twin daughters Sanam and Seher. Haider and Humaira move into Dubai, and it’s revealed that Humaira is pregnant.

Tanveer soon traces Asad and Zoya out, brutally stabs them, and sets fire to their house, while Dilshad escapes with her granddaughters – Haya, Sanam, but loses Seher in the fire.

Dilshad lives with a mute Haya and Sanam in Punjab. Sanam runs a restaurant and crosses her path with the business tycoon Aahil Raza Ibrahim, a blind Tanveer’s stepson. The two start off with hate where Aahil burns Sanam’s restaurant in his ego and Sanam comes to Bhopal in search of livelihood. She coincidentally, starts working at the Ibrahim Mansion as a cook and when Aahil comes to know that, he tries his best to trouble her.

Haya, on the other hand, struggles to marry Raahat, who she loves, and his brother Faiz, who loves her. Faiz begins to hate Raahat for “stealing” Haya and tries to attack them, but they kill him and unite.

Aahil and Sanam are separated as Razia informs Tanveer of Sanam being Asad and Zoya’s daughter. She kidnaps Sanam and puts Seher in her place. Soon, Dilshad finds out about Tanveer and reveals Sanam and Seher’s history to them. The sisters vow to avenge their parents’ death. Tanveer regains her sight and tricks Aahil into marrying a woman she arranges as Sanam. Meanwhile, Aahil, who is in love with Sanam, thinks she left him at the altar and tries to get even with her as he keeps hurting her by his words. He later finds out his father is alive. He dismisses his mother and walks away from her. Tanveer plots to kill Aahil but kills Rehan instead.

Zoya’s soul kills Tanveer. The impostor Sanam, in order to separate the reunited lovers, Aahil and Sanam, tries to sell Seher to a brothel, but the real Sanam reaches her in time to rescue her. However, during the escape, Seher dies. Sanam, unaware of this, searches for her sister and reaches to Lahore.

Sanam has lost her memory and lives with a Pakistani Major, Shaad Aftaab Khan, who in order to save her life, lied that she is his wife, Jannat. “Jannat” confusingly remembers extracts of her life with Aahil.

Soon, Tanveer’s daughter enters their life disguised as Misbah, Shaad’s cousin, and kills the family posing as a terrorist. Shaad and Jannat chase Misbah and reach India, where Aahil finds her and suggests they come to Bhopal for her treatment. Shaad realises Jannat is Sanam and leaves her with Aahil. But Sanam’s impostor, still living with Aahil, tries to keep her away from him. She pays a man to kill them and successfully kills Aahil, but Shaad returns and sacrifices himself to save Sanam. Devastated by the death of Aahil and Shaad, Sanam curses her impostor’s youth and kills herself.

Mahira takes birth at the same time when Sanam dies. Mahira is the answer to Sanam’s last prayer. She comes to Bhopal to stay with her stepsisters. She encounters Fake Sanam (now Khan Begum) who is now miserable without her powers. She also encounters her older son Azaad, and they fall in love. However, Azaad is revealed to be a vampire. Mahira is initially engaged to Amaad (Khan Begum’s yougest son) as Azaad rejects her to keep her safe from himself. But Khan Begum later has her marry Azaad on persistence of Razia, who believes only the offspring of true lovers can help them recover Khan Begum’s evil powers. But soon, Afreen enters in their lives, killing Amaad and causes a havoc, tormenting and separating the newlyweds. Afreen in her attempt to kill Khan Begum kills Azaad and his heart is transplanted into his older brother Armaan, who is the first born of KB. She also learns that her first born and Mahira’s offspring can actually bring back her evil powers.

Though, they are initially at loggerheads as Armaan fakes his love for Mahira to take the revenge of her slaps, they are married as he blackmails her. Both Mahira and Armaan try to trouble and outsmart each other after the marriage but soon falls for each other after she saves him from terrorists. Amaad returns their lives and manipulates Armaan into divorcing Mahira. Khan Begum finally realizes her mistakes and is now powerless. She sacrifices herself to revive Armaan. In the end, Mahira and Armaan gets married again and names their daughter, Zoya,

Brief Information and Details on I Do Zee World Series

Main Cast/Characters/RealName/Pictures On I Do Zee World