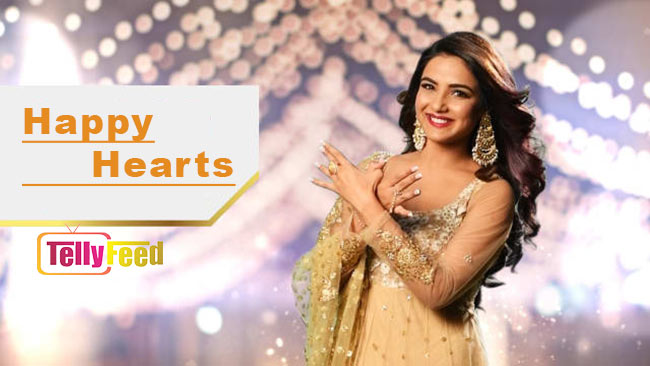 Happy hearts Starlife story is set in Punjab revolving around the love story of a vibrant girl, filled with positivity and a high spirit for life, this series will replace Wedding planners. Happy Mehra (Jasmin Bhasin/ Donal Bisht). She falls in love with Chintu Khosla, a kind and generous person, who later dies in an accident.

However, the show now witnesses a new tale as Chintu’s brother, Rocky Khosla (Ansh Bagri) who was initially arrogant and rude to Happy, finally showcases his positive side in the show.  Rocky and Happy, completely new bond takes their story further in the show, commencing a new phase in their life.

However, the entry of Ranvijay Shroff aka R.V brings a new twist to the story line as he realises his feeling for Happy. This love triangle which is packed with drama and emotions will keep the views glued to their TV screen. Happy hearts series airs on StarLife on 30th January 2022. 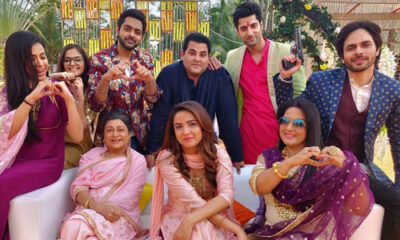 Happy Mehra is a free-spirited middle-class girl. Rocky Khosla is a playboy and an arrogant goon. His elder kind-hearted brother Chintu falls in love with Happy and befriends her. Happy constantly fights with Rocky. She and Chintu get married as she learns about his feelings. However, he dies in an accident.

Happy is running the hotel successfully and has a friendship with Ranvijay. After escaping, Rocky is jealous seeing them together and proves his innocence. He realises his feelings for Happy and decides to confess it. Obsessed with Happy, Ranvijay dies after killing his brother Ranveer and girlfriend Anaya. Happy fakes her death to leave the city. Rocky is heartbroken.

Happy is a RJ, known as Khushi (which is the Hindi word for ‘Happy’). Rocky has a wife Harleen but hates her and still mourns Happy. Harleen hates their son Honey as she never wanted a child. Honey runs away and meets Happy who looks after him. She finds out about him being Rocky’s son. Rocky learns that Happy is alive. Kumar tries to shoot Honey. Harleen comes in between to save him and dies. Happy proposes Rocky and they get married. 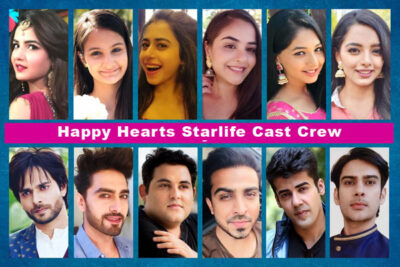 The Episode starts with Happy getting late and running after the girls. She asks them why are they hurrying. The bride’s cousins go for the dance performance. Happy says I will just dance, wait and watch. A guy Chintu looks on and smiles seeing Happy. Tum bhi ho….plays…. Chintu says I have come before baraat. Biji says Chintu is always before time. Pratap greets her and asks her about the journey. Biji says I m growing old now. Pratap says you are looking so good, come. Happy and her sisters dance on chitti kalaiyaan….. Happy forgets the steps and makes her own steps. She does Bhaangra and Naagin dance. She falls down. Everyone laughs. Pratap gets angry seeing her. He says why did she go on stage when she can’t dance. Happy sees everyone laughing. She asks why did you stop laughing, I m trying to entertain you. Chintu laughs on her joke. Happy says I can’t compromise on things, I happily laugh, dance and live. Happy gets talking to everyone. She sounds funny and makes everyone laugh. Pratap asks Sandhya will Happy get us insulted today. Sandhya feels sad. Smiley asks Happy to come with her. Happy doesn’t listen and cracks jokes. Smiley says Pratap is getting angry, just come.

Pratap scolds Happy. He says I was waiting for my daughter’s marriage day, I have arranged 25 lakhs and spent it in this marriage, I bet our family didn’t witness such a wedding, why, I did all this so that I m honored in this family, you have ruined my honor in front of everyone, you insulted me. Happy says no, everyone was laughing with me, don’t worry, it wasn’t insult. Pratap says people were laughing at us, girls like you become a laughing stock, they don’t get married and stay alone, I would have sent you three to Amritsar right away. He goes. Happy cries and gets sad. Sandhya says your uncle supported us after your dad’s death, he did many favors on us. Her other daughter says he should have not supported us if he had to count his favors.