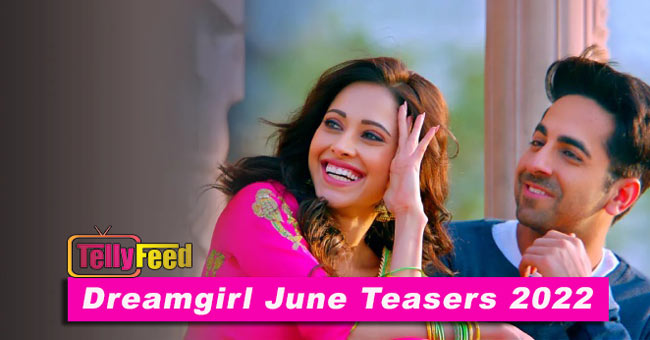 Raghu and Aarti have a romantic time. Ayesha congratulates them on their marriage. Read Starlife Dream Girl June 2022 Teasers;

Ayesha (Aarti) misguides Rakesh about Aarti (Shikha) and provokes him to kill her. Under Ayesha’s guidance, Rakesh tries to shoot Aarti. He visits Navrang Studio acting as a journalist. Aarti and Raghu suspect Rakesh as he prepares to take her fake interview.

Raghu confronts Manav and Karan for misunderstanding him and tries to convince them about Ayesha’s identity. Rakesh succeeds in attacking Aarti (Shikha) and absconds from Navrang Studio. Later, Raghu is worried about Aarti’s disappearance and rushes to find her.

Raghu manages to find Aarti (Shikha) and tries his best to rescue her from Rakesh and his goons. However, he fails in his attempt. Rakesh abducts Aarti and keeps her at his hideout. Elsewhere, Ayesha (Aarti) misguides Manav and Karan about Aarti. Aarti strives to escape from the captivity.

Aarti (Shikha) manages to escape from Rakesh and his goons with Raghu’s help. Later, the two file a police complaint against Rakesh. Manav sympathises with Aarti. Ayesha (Aarti) is shocked to see Aarti alive. Aarti criticises her for her misdeed.

Ayesha (Aarti) is desperate to destroy Aarti (Shikha). Raghu tries to warn Manav and Karan of Ayesha’s ploy, but they refuse to believe. Later, Rakesh sneaks into Manav’s house and attempts to kill Aarti. However, she shoots Rakesh in self defence. Raghu and Manav comfort Aarti.

Aarti (Shikha) thanks Manav and Karan for taking care of her. She expresses her feelings to Raghu. Manav discusses strategies to make his film popular and discusses the scenes with Raghu. Ayesha (Aarti) is glad to learn the story of the film. Raghu and Aarti profess their love to each other.

The film unit is on tenterhooks when Ayesha (Aarti) and Aarti (Shikha) confront each other during the shooting of a fight sequence. Ayesha fakes innocence as she attempts to kill Aarti. However, Raghu sees through her act and hates her for it.

Raghu condemns Ayesha’s behaviour towards Aarti. He exposes her before Manav and Karan. Seething with anger, Ayesha discloses her identity and tries to kill Aarti. Later, she attempts to burn herself. However, she is saved and admitted to the hospital.

The doctors tell Manav and Raghu that Ayesha is suffering from memory loss. But Raghu is sure that she is faking it! He wants to get her arrested for her misdeed. Karan pacifies Raghu and Aarti and asks them to tie the knot.

Manav hates Ayesha for deceiving him and his family, but she tries to prove her innocence. Raghu and Aarti happily tie the knot in the presence of a lawyer and Karan and Manav. A doctor claims that Ayesha is suffering from memory loss, but Raghu suspects her motive.

Raghu and Aarti have a romantic time. Ayesha congratulates them on their marriage. She tries to woo Manav, but he ignores her. Raghu, Aarti and Manav suspect her motive. Ayesha tries to make them realise that she is suffering from amnesia.

Ayesha is upset with Manav, Aarti and Raghu for suspecting her intention. She decides to stay at the hospital. Ayesha’s disappearance shocks Manav. However, Aarti manages to find her and shows her concern for her. The doctor assures Manav that Ayesha is suffering from amnesia.

Manav is happy to see Aarti and Ayesha spend time together. But Raghu is worried as he suspects Ayesha’s motive. Raghu makes a plan and takes the help of the police and a doctor to help Ayesha recover her memory.

Raghu, Ayesha and Manav are happy to know that Aarti is pregnant. At Aarti’s insistence, Raghu manages to placate Ayesha. Raghu and Aarti are blessed with a baby girl. Ayesha is happy about the same. The Ayesha’s continued amnesia worries the doctor. What is Ayesha’s secret?

The court orders the police and the doctor to arrest Ayesha. However, Ayesha continues to put on an act. She gets a woman to abduct Raghu-Aarti’s baby.