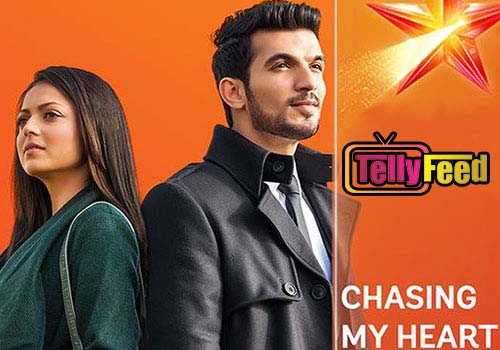 Chasing my heart Starlife  Rebroadcast starting 1st April 2020, The story focuses on how two hearts are bonded in a strange land but their bond is broken as third parties interference in their relationship tears them apart forever. The series stars Drashti Dhami and as the lead actors.

Plot/Story/ Synopsis on Chasing My Heart

Raghav is in love with Sanjana but she ignores him and his feelings. Meanwhile, Naina ends her relationship with her fiance, Amit. Naina’s mother gets a severe heart attack and is rushed to Austria. There, Raghav and Naina meet and become good friends. An unexpected situation leads to Raghav marrying Naina. Sanjana is not happy about this and creates misunderstandings between the two. As time goes on, Naina meets a lady named Ahana. Ahana needs help to get a surrogate mother for her unborn child. Naina agrees to help Ahana carry the child through foetus transplant. Raghav sees Naina pregnant with Ahana’s baby and thinks otherwise. He then accuses her of being unfaithful and break all ties with her.
Months later, the show places its focus in India. Naina has settled in India while Raghav turns into a proud business man. Raghav’s Dadi is in coma and when she regains consciousness, she sees Ahana’s baby in Naina’s arms and mistakes her to be Raghav & Naina’s child. Meanwhile, Ahana gets into a fatal accident. Raghav slowly changes his attitude for the better. Enters Harjeet and Rehaan Khurana. Rehaan turns out to be Ahana’s husband and Harjeet is his mother. Harjeet hates Ahana and plans to kill the baby. She sends dangerous goons to kidnap the baby from Naina. Raghav manages to protect Naina and the child. It is seen that Harjeet is the mastermind behind Ahana’s accident. Naina and Raghav are brought closer and confess love for each other. Unfortunately, another misunderstanding arise and they drift apart. Raghav believes that Naina had an affair with someone else to conceive the child. Rehaan kills Raghav out of anger because he thinks Raghav tries to kidnap his child. Naina remarries Rehaan to look after her child since she needs proper parental care. As the twist turns, Naina and Dadi secretly take their revenge on Rehaan for killing Raghav. Harjeet shoots Rehaan and is arrested by the police. The show ends after a 7 years leap where Naina teaches her students about true love. She looks at Raghav’s picture and promises to unite with him in heaven.

Brief Information and Details on Chasing My Heart StarLife.

The Series Chasing My Heart Starlife produces by Balaji Films, producers (Ekta Kapoor) of Zee World’s Twist of Fate and This is Fate.