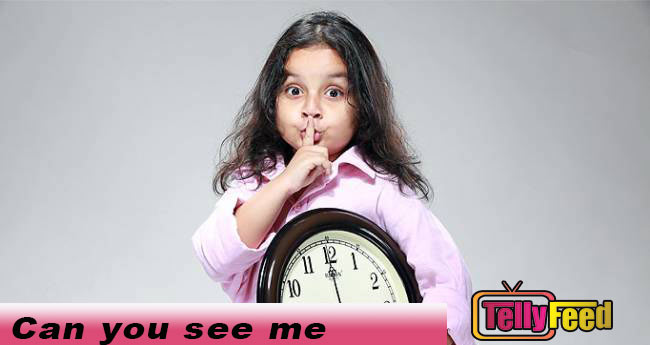 Can you see me Zee World: Full Story, Plot Summary, Cast and Teasers

Can you see me Zee World coming soon 2022 series?

Read March Teasers on Can you see me

Can you see me Full Story?

Bhutu/Pihu waking up to an empty house. Throughout the day she keeps trying to talk with her friends but fails. She waits for her mother Anandita’s return but becomes horrified when she hears some neighbors talking about a ghost residing in her house. When neighbors try to purify the house by performing Havan, she faints and Bal Gopal (Lord Krishna) appears.

Gopal reveals to Bhutu that she had died in a fire accident six months ago and now she has become a soul. He assures her that she will have one friend, who will be able to listen to her. With passing time, if she and her new friend come closer, eventually her friend will be able to touch her and see her. This new friend will lead her to her mother.

Suchi is introduced as Bhutu’s new friend. She is friendly, responsible but hates kids. A few days before her wedding, when they have to vacate their house suddenly, Suchi comes across Bhutu’s house and rents it.

When Suchi starts hearing Bhutu’s voice, everyone assumes her to be suffering from some sort of mental disorder. After meeting Subodh – Bhutu’s father, Suchi realizes that she wasn’t imagining and Bhutu’s ghost is still in her house. In haste to get rid of her, Suchi delivers a parcel to Singapore where Subodh and Anandita are supposed to shift within a few days and instructs Bhutu to stay with the parcel. However, she starts developing a soft corner for the little girl. Later, when Suchi finds out that Anandita has not left the city, she frantically searches for Bhutu and the two reunite. This incident leads to Suchi being able to touch Bhutu hinting their relationship has evolved. When Bhutu asks Suchi if she would hate her like the rest of the kids, Suchi replies that she isn’t any normal child, but a ghost. Realizing Bhutu feels hurt by the term “Bhoot” (Ghost), she starts calling her “Bhootu” to lighten up her mood and promises that she would find out about her mother and help her reunite with her.

A series of events follow where it is revealed that Suchi’s fiance Rishabh is actually marrying her for dowry. After Suchi meets with a fatal accident, her uterus is removed to save her life. Seeing Suchi battling for life, Bhutu pleads in front of Gopal to save her. Suchi revives and finally is able to see Bhutu. Suchi’s mother calls off her engagement with Rishabh. Later Suchi gets to know about Rishabh’s cheap tactics to defame her and hands him over to police.

Since Rishabh got her license cancelled, Suchi applies for a new job. Her boss Aarav strongly dislikes her. Anandita also joins the office as Suchi’s immediate boss and both become friends. Anandita is attacked multiple times by an unknown enemy. When Subodh learns about Aarav being Anandita’s boss, he instructs her to move out of her house immediately and shift somewhere else, much to her surprise. In the meantime, Suchi continues her search for Bhutu’s mother. Aarav comes across Suchi’s profile in a matrimonial site and becomes enraged thinking Suchi is flaunting her identity as a single mother to gain sympathy. When he confronts her, Suchi clears his doubt and tells him that she is responsible for a little girl who has no one in the world. Aarav realizes his mistake and slowly starts falling for Suchi.

When Suchi finally discovers Anandita’s identity, she rushes to meet her with Bhutu. But before she could reach, Anandita had already left. After relocating, Anandita discovers Bhutu’s death wasn’t an accident but a murder. Suchi also gets to know about it from a different source and vows to punish the culprit. She starts taking Aarav’s help for the same. Bhutu starts feeling left out as Suchi continues to spend more time with Aarav. In her anger, she asks Gopal to strip Suchi of her ability to sense her. But soon she starts missing Suchi. Suchi on the other hand becomes restless as she can’t find Bhutu anywhere. Bhutu confesses to Gopal that she had asked Him to punish Suchi because she was angry with her but didn’t really mean it. She acknowledges that apart from Anandita, only Suchi loves her dearly and she wouldn’t be able to stay without her. Gopal reverses his spell and Suchi reunites with Bhutu.

Aarav confesses his love to Suchi, to which she reciprocates. Soon, she discovers the hidden file of Bhutu’s murder case where Aarav was the prime suspect and misunderstandings start growing between the two. Suchi alleges Aarav of the murder and collapses in front of him. To protect her, Aarav surrenders to Police.

It is later revealed that Aarav was innocent and his sister Mansi was the real culprit. Subodh got into an extramarital affair but later refused to accept her. To win him back, Mansi planned an attack on Anandita but unfortunately Bhutu died in the accident. After that incident, Mansi lost her mental balance. Realizing her fault, Suchi apologizes to Aarav and proves him innocent. She gets Mansi arrested and this makes Aarav furious. He vows to exact revenge from Suchi and in a bid to torture her, buys her house.

Suchi decides to leave the house with Bhutu. But Bhutu fails to cross the house’s border as she had died in there. Suchi returns home for Bhutu’s sake and endures Aarav’s taunt. Unable to tolerate Suchi’s insult, Bhutu starts playing pranks on Aarav. However she goes overboard with her mischievousness and in a feat of anger, Suchi shouts at her saying she would have gotten her admitted into a boarding school had she been a normal child. Being afraid of Suchi’s wrath, Bhutu seeks help from Gopal and hides in her favorite doll. But she is unable to come out and gets stuck. Suchi becomes panicked and starts looking for her. Gopal reveals that Suchi’s destiny is to become Bhutu’s Yashodha Maa. Earlier incidents had taken place to separate her from Bhutu for a brief period of time during which Suchi will have to experience different phases of motherhood and prove her love for Bhutu. Suchi passes all her tests and finally frees Bhutu from her doll. They finally reunite while Gopal blesses them.

Aarav still continues to play pranks on Suchi. One day, fire breaks into their house due to Gulgule’s negligence. Although Suchi saves Aarav in the nick of time, Aarav’s mother blames her and goes to hit Gulgule. Suchi stops her and clears her stand on getting Mansi punished for Bhutu’s murder. Aarav realizes his mistake and apologizes to Suchi. Babli brings Mansi home on medical ground. Soon Suchi realizes Mansi is not sick but pretending to escape her punishment. Mansi tries to murder Suchi but Bhutu saves her. She also plants a fake medical file claiming she was pregnant with Subodh’s child. Anandita after witnessing Subodh’s genuine repentance returns home to give their relationship another chance. But after reading the file, she leaves him again. Fed up with Mansi’s continuous plotting, Suchi reveals everything to Aarav. Though he refuses to believe her, he promises Suchi that he will get Mansi punished if she is proven guilty. Together, they collect all the evidences and Aarav breaks down. Anandita returns to Subodh and they reunite. Bhutu becomes ecstatic seeing this but when Gopal warns her to go to Suchi, she doesn’t take Him seriously. In the meantime, Mansi kidnaps Suchi and elopes. Bhutu becomes frustrated realizing how her ignorance had led to this situation. She pleads Gopal to help her with finding Suchi and for the first time Aarav is able to sense Bhutu. He apologizes to Bhutu on his family’s behalf and teams up with her to rescue Suchi. They become successful but the room catches fire and everyone assumes Mansi to be dead. Babli accepts Suchi wholeheartedly and starts preparing for Aarav and Suchi’s wedding.

Gopal tells Bhutu that her purpose in the world is fulfilled and now she must sever all her ties and attain salvation. Reluctant at first, when Gopal promises her that she will return as Anandita’s daughter, Bhutu agrees. However, she becomes sad thinking about her separation from Suchi. Suchi senses something wrong with her and asks her about the same. When Bhutu tells her about everything, Suchi replies that she does not want to lose her. But she chooses Bhutu’s happiness over her own and assures Bhutu that she will come to meet her once she is born.

During the wedding ceremony, Mansi enters the venue in disguise and shoots Subodh. She gets caught but Anandita loses her mental balance. Gopal takes Bhutu away to prevent her from witnessing her father’s death. After a week, Bhutu wakes up and gets to know about everything. She discovers that Suchi can no longer sense her as she was supposed to leave the world by then. Suchi is in tremendous amount of pain and confused about Bhutu’s sudden departure. Bhutu refuses to leave Anandita alone and throws her ashes. Suchi senses her presence and rushes to their room. She cries her heart out and pleads Bhutu to come in front of her just for once. She emotionally narrates her journey with Bhutu and confesses that she could never love anyone as much as she had loved Bhutu because she was her child. Aarav tries to console Suchi and takes her away. Seeing Suchi and Bhutu’s yearning for each other, Gopal lets Bhutu meet Suchi for one last time. They have a brief union when Suchi feels Bhutu and hugs her. But once their time is over, Suchi assumes Bhutu has finally left and attained her salvation. She leaves the house with her family.

Bhutu stays behind for Anandita and emotionally bids farewell to everyone. Season 1 ends with Suchi and Bhutu’s separation.

A leap of two years is shown. Bhutu/Pihu is still living in her house and waiting for her mother. Anandita returns home but does not remember Subodh. Bhutu’s uncle Vikram makes an entry. He marries Anandita and tries to improve her condition. A new group of criminals enter the house and try different tactics to snatch the property from Anandita. They even present a doppelganger of Bhutu but fails. Bhutu helps her doppelganger – Shona to unite with her real mother. Anandita recovers and soon gets pregnant. She gives birth to a baby girl. Gopal transfer Bhutu’s soul into the baby’s body and unites Bhutu with Anandita.

Brief Information and Details on Can i see you Series