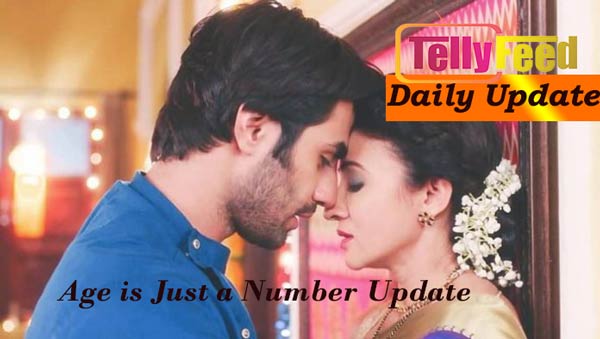 Tanuj buries the coffin. Sahil tries to find the spot where Vaidika had been buried. Arju comes to Vaidika’s house. Prem Pratab and wife pray for Vaidika’s safety. Prem Pratab says Vaidika has proven to be a good daughter, wife and daughter in law. They decide to call Avantika and try to convince her for not ruining Vaidika’s life. Avantika takes her mother’s call. She convince Avantika what she is doing is wrong, she must come back. Sahil is her sister’s husband and loves Vaidika;

why she wants to interfere in their love. Avantika questions if her own parents doesn’t want to see her happy. Avantika says Sahil must have been her husband, hadn’t Vaidika interfered. Her father stops Avantika, else they can treat her in another way as well. Avantika forbids them to warn her. She accepts her plan, hitting Shashi and changing his will was also her plan. They dare not try to stop her. She will become Sahil Kashab, and run away with all their money and her love. Arju questions how Avantika can fall down to such an extent. Avantika says the crime which can’t be proven isn’t a crime. She need no lectures from all of them. Sahil will have to marry her. Arju says before that, they will come to Sahil’s place and reveal all her truth. Avantika smirks that they won’t be able to leave home. Some masked men had locked the family into their house. Avantika speaks from the phone that these are her men, they will stay there till she and Sahil are married. She thinks Sahil will have to marry her, to save his Vaidika and family. He will have to give the biggest sacrifice for the sake of his love.

Tanuj tells Sahil to dig the whole ground, but he won’t find her. Sahil asks Tanuj where he has buried Vaidika. Tanuj asks Sahil to give up. Sahil kneels down. Tanuj was boastful of his victory and asks who the hero is. Sahil begs for Vaidika’s life, and wants Tanuj to leave Vaidika. Tanuj claps for his love. Tanuj says Vaidika is his wife, he can’t let Vaidika die so easily. She has an oxygen for thirty minutes. Sahil agrees to do anything for Vaidika. Tanuj shows him a video of Vaidika’s family as well. Tanuj says he must sacrifice for her and the family. He tells Sahil to go home and marry Avantika. Rekha was apologetic to Avantika. Deepak tells Rekha Sahil is in a problem. He was spot near the old garage but didn’t respond to any call. Rekha says Sahil must be in this trouble only because of Vaidika. Mina argues why Rekha always blame Vaidika. Rekha tells Mina to stop it, and asks Deepak what she must do. Avantika flatters Rekha not to take much tension, else she might get asthma attack. She will marry Sahil and be his wife, then she will serve Shashi and make him well once again. Shashi moves his hand. Deepak tells Rekha they must not hurry anything, what if Shashi means something else. Rekha claims to understand her husband, he always disliked that divorcee Vaidika. No one can stop the wedding of Sahil and Avantika. She is sure he will be fine after the wedding. Deepak gets a call.

Sahil returns home in tears. Rekha asks Sahil if he now believes Vaidika is the criminal. Avantika smirks that she had left Sahil with no option, he had to come back. She fakes her happiness. Rekha takes Sahil’s promise that he would marry Avantika, and takes him to the room to become a groom.

Sahil gets ready as the groom. He was all alone, and watches Vaidika smile back at him.

Prem Pratab, his wife and Arju had been tied to chairs with ropes and a bomb attached to them. They hear a voice from outside. Manjolika comes in a veil and helps them run to stop Avantika and Sahil’s wedding. Sahil speaks to Tanuj on the video call and tells him to fulfil his promise now and free Vaidika. Tanuj shows Vaidika in the video call. Vaidika was able to free her hands and takes a scalpel to hit Tanuj with it. She badly injures Tanuj, claiming herself to be a stronger woman.

Sahil and Avantika were asked to stand up for the wedding rounds. Avantika cheerfully stands up and takes Sahil’s hand to help him stand up.

Vaidika placed her foot over Tanuj’s chest, and claims his mother to be unfateful who gave birth to him. She will now kill him, to get all the women rid of a beast like him. She beats him badly, then throws kerosene over Tanuj. She says she was mistaken that she didn’t take this step earlier.

The wedding rounds had begun. Avantika had taken a lead from Sahil in the next round. Vaidika lights a matchstick and throws it over Tanuj, burning him alive. She leaves the site.

The wedding rounds were complete. It was now time for Sindoor and Mangal sooter ritual. Shashi’s hand moved weakly. Avantika hands the mangal sooter into Sahil’s hand. Vaidika reaches the wedding and says this wedding can’t take place. She throws water into the fire, and deters to send Pandit to jail. Sahil is a married man already. She opens the Gathbandhan. She says Sahil is her life, how could he agree to marry Avantika while being her husband. Sahil says he can sacrifice anything for her. They hug each other. Manjolika followed Vaidika into Kashab’s house. Rekha says Vaidika left the house on her own. Vaidika says she agreed only to protect Rekha from harming herself. Then someone reminded that their love prevails since ages, their love isn’t as weak as to break so easily. Rekha orders Pandit ji to complete the wedding. Pandit ji takes a leave, as he can’t commit the sin or go to jail. Vaidika asserts no one can part her Sahil from her. She confess loving a guy younger than her. Love isn’t dependent on age, and she wants to say “I love you, Sahil”. They hug each other.

Vaidika now turns to Avantika and warns her to stay away from Sahil. Her husband belongs to her only. She now kiss Sahil’s forehead. Sahil says Avantika is responsible. Vaidika says Tanuj kidnapped her from outside the house. He took her into a dark godown and tried to burn her face. Sahil reached to save her. Later he and his goons separated them again. Tanuj blackmailed Sahil that if Sahil doesn’t marry Avantika, he would kill her. She tells the family that it was Avantika who was behind Tanuj. She is a sister who would always be on the right side, no matter it’s about her sister. Avantika says Vaidika first wanted a divorce and ready to take alimony, how did she fall in love all over again with Sahil. Rekha also demands Vaidika the reason. Vaidika says she has brought the proof along with her. She calls someone inside. It was Shashi’s assistant. He apologizes, he had changed the will of Shashi on Avantika’s say. She came to his office with her boyfriend and he came into the greed of money. Later, Vaidika made him realize that his act would destroy whole of Kashab family. He decided to be true to his work, and the family he had served for years. Manjolika brings Sameer home. Sorab accepts he did all this because of Avantika, he loves her and Avantika promised to come to him and marry him once they get the money. He confess that Avantika hit Shashi, before Shashi could declare Avantika as his daughter in law. Avantika claims everyone is a liar.

But Rekha slaps Avantika, blaming her for her husband’s injury and destruction of her family. Avantika pushes Rekha out of anger, but Vaidika supports her. Sahil says he couldn’t believe Avantika would fall to such an extent. Prem Pratab was apologetic to them. Sahil says if their child commits a mistake, it’s not about their brought up. They are the ones who gave all these values to Vaidika as well. Sahil claims Vaidika is a super woman and a great wife.

The police comes to take Avantika, Sameer and the lawyer along.

Sahil asks Vaidika to marry him again, and this time without a veil. Rekha says this time, they must marry on Sahil’s parent’s will. Manjolika was happy that she was left alive only to see Sadika married.

Sahil remembers from their past life, they had three children. Manjolika teases she had told him about all this. Rekha tells them to take blessings from their parents. Vaidika comes to sit on her feet and place Shashi’s hand over her head. Rekha hugs Vaidika and accepts she is proud of her daughter in law Vaidika, who is older than Sahil. Every divorcee has a right to find happiness once again. Even life gives a second chance. She is sensible, and well character. She calls the photographer for a group photograph.

Later, Vaidika comes home where it was all dark. She notices the house had been decorated. Sahil comes to her and says that he wants to live his past life with her all over again. With the click of his hand, a bundle of collages were lit. Vaidika was happy to see all this. Sahil says Manjolika helped him remind all this. Vaidika thanks Sahil for all this, for making her closer to her past. The past teaches them, while future brings hope. Their love was incomplete in the past, so they were born again. And in this life, she was again older than him. The society must understand that love doesn’t depend on age. Sahil was flattered, and decides to give a surprise to Vaidika.
Sahil performs on Aap Ke Aa Jane Se. Vaidika dances with him.