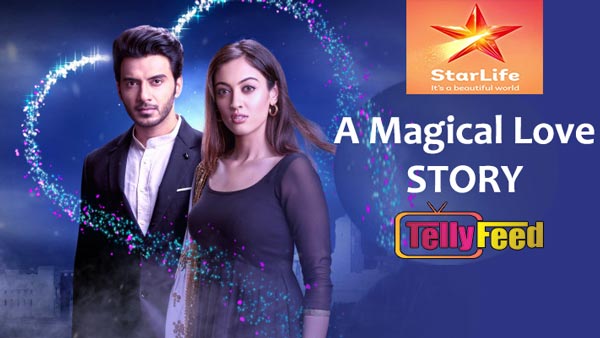 Embrace yourself Starlife Fans as we welcome “A Magical Love Story “ on our TV screen coming this July, 3rd at 21h00 replacing The Evil Eye

Aman Junaid Khan and Roshni Ahmed are poles apart, but their lives are connected through fate and magic.

Aman is a Nawab who is cursed by the Dark shadow of Djinn, while Roshni is the daughter of a Tawaif who has a heart of an angel. Parveen’s life falls in danger because of the Jinn’s magic and can be protected only if Aman marries an Ayaana, a woman with the heart of an angel. Salma pretends to be sick, forcing Roshni to marry Aman for money. Aman misunderstands Roshni to be a woman with ill intentions who will do anything for money. He detests her and gives her a cheque for marrying him. Aman and Roshni marry.

Roshni feels a connection with Aman but is hurt by his rude behaviour. Later she falls in love with Aman, but he disliked her. Because of some misconceptions, Aman throws her out of his house and his life. Aman’s brother, Kabir Junaid Khan, makes his entry. He tries to kill Aman, but to save Aman, Roshni takes the arrows herself and dies. Aman realises his deep love for Roshni after her death and is left heartbroken. 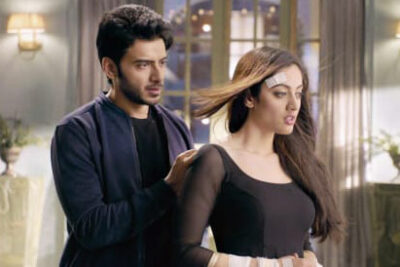 Kabir brings Roshni back to life but keeps her under his control, aiming to separate her from Aman. He erases all her memories with Aman. Kabir’s hold on Roshni is destroyed when Aman stabs her with a magical dagger. Then Roshni regains her memory. Parveen is revealed to be evil who wants to use her sons to become the queen of jinns. Parveen kills Kabir but cannot kill Aman. Aman unintentionally touches a mighty sword and becomes Jinnat ka Badshah, the new most potent dark world. Aman and Roshni enjoy their life together.

Aliya, Aman’s ex-girlfriend, returns with a baby and tries to separate Aman and Roshni. The baby is revealed to be Kabir’s, and Aliya is revealed to be a Haiwana. Parveen tries to sacrifice the baby to regain her lost powers, but Aman saves the child with Roshni’s help. Roshni tries to expose Aliya but fails. Aliya attacks Parveen resulting in Parveen going into a coma. Aman, believing it is Roshni’s fault, asks her to leave the house.

Roshni opens a bakery while Aman is worried about Parveen’s decreased health conditions. Despite their differences, Aman and Roshni again become close. Kabir returns. Aman gets stabbed while saving Roshni and becomes physically and emotionally weak. His genuine feelings for Roshni come out. The consummate, and Roshni becomes pregnant with twins. Kabir makes Aman and Roshni break the Laal Chand, which annoys the Red Moon Princess, Laila. Laila had a twin sister Chandni who is good. Kabir joins hands with Laila and helps her seek revenge against Aman and Roshni. Chandni helps Aman and Roshni from Laila’s evil intentions. Later, Roshni stabs Laila to death. Before dying, Laila curses Roshni that she will die before the next full moon. Aman races against time and succeeds in saving Roshni but temporarily.

Later the red moon soldier attacks Roshni, and she loses one of her unborn children and Aman. Roshni is heartbroken. However, she fights destiny and brings back Aman. She meets Aman’s maternal cousin, Rehan Ahmad Khan, a jinn, to help her in this war. After a failed attempt, she strikes a deal with Kala Jinn to give her firstborn child instead of Aman’s life.

Roshni hides this from Aman and the family till she finds a solution. Here Rubina’s niece Shayari appears. While Rehan, Aman’s maternal cousin, finds trouble being targeted by a Jinn Shikari, unaware that it was his girlfriend, Natasha. He suspected Shayari, who was later revealed to be another Jinn Shikari but not a danger for Rehan. Rehan wanted to find his brother and engaged with Natasha. He accidentally gets engaged with Shayari, who became furious after this but agreed to help them after Aman requested her. To save her child, Roshni decided to surrogate it to a girl with Tabeezi, But Roshni changes her decision as Kala Jinn threatens her to kill Aman if she breaks her promise. Aman captivates Kala Jinn for their child’s safety. Roshni helps Aman do the task but later releases Kala Jinn from captivity, thus keeping her promise. Aman finds this out and tricks Roshni to make her reveal the truth. After learning the truth, Aman was heartbroken. Roshni leaves Junaid Manzil to make him feel better, but he brings Roshni back.

Meanwhile, Rehan takes an arrow on his chest to save Shayari, saving his life from the deadly attack. Later on, Shayari’s truth is revealed, and a furious Rehan breaks their engagement. The Khans tricked Kala Jinn to save Aman’s child.

Here, Ayaana, the ancient warrior princess, comes to help Roshni save her child. She helps them trick Kala Jinn by giving a fake child while Roshni safely delivers her baby in the Ayanaa Corner. After learning this, Kala Jinn imprisoned Roshni and Armaan (Aman and Roshni’s baby) in a cave. Aman was successful in saving Roshni and Armaan, but Kala Jinn found out. Aman agreed to Kala Jinn that they would find his actual name to save Armaan. Kala Jinn told them they could find his name after completing the three tasks.

Rehan and Shayari also decide to help the khans and go on a mission to find Kaala jinn’s name. Kaala Jinn, to defeat the Khans, sends Aman and Roshni’s first child (who was killed by the red moon’s arrow) as the third challenge. However, the Khans win over the baby’s spirit (lovingly called baby rooh) with their unconditional love for it. After receiving the three clues, Aman and Roshni find the name when Rehan and Shayari discovered that whoever takes Kala Jinn’s name dies immediately. Kala Jinn comes to the mansion and asks them to tell them his name. Roshni bursts out his name to save her child, shocking everyone, but her first child’s spirit held her. Kala Jinn does not accept failure and challenges them to fight him. It is revealed that Armaan, being the son of Jinnad Ke Badshah and Ayaana, will end Kaala Jinn. Roshni, Aman, Rehan, and Shayari go on a quest to end kaala jinn, and Armaan finally kills the danger that troubled his family for many years. This quest brought Rehan and Shayari closer and reinforced their trust in each other.

Later, it is revealed that Tabeezi (Rubina), Roshni’s aunt was an Ayaana earlier and wants her Angelic-heart back from Roshni and that Natasha was involved with her. It is also revealed that Roshni is Tabeezi’s brother, Mansoor Ahmed Choudhary’s daughter, and is the original owner of Junaid Manzil and Tabeezi.

Roshni was devastated to learn this and gave her heart to Tabeezi but made her promise that she wouldn’t hurt her family before Sunhare Suraj ki Rat (transl. The Night of the Golden Sun. But Tabeezi continued trying to hurt her and her family. Meanwhile, Rehan and Shayari try to help the family by searching for the Ilm e Jin book, which would solve their doubts. To get answers, Rehan has to concentrate on his doubts, but all he can concentrate is on Shayari. This makes Rehan realise that he’s madly in love with her. On the other hand, Roshni decides not to give her heart to Tabeezi and refuses to keep her promise, making Tabeezi furious.

Roshni again becomes pregnant. Tabeezi tries to harm Roshni and the whole Khan family to get back her Angelic-heart back from Roshni; however, all goes in vain. On the other hand, Rehan and Shayari are kidnapped, and Shayari is suffocated. Rehan breaks down on seeing this. Later they manage to remain alive. Rehan is unable to confess his love, but Shayari understands.

On the night of the Golden Sun, she traps the entire Khan family in danger. Aman and Roshni lose their powers but are protected by Armaan’s powers. Finally, with the help of the magical ring given by Roshni’s mother’s soul to her, they could defeat Tabeezi, and she is taken away by two other Ayaanas from Ayaana Kumbh.

While the Khan family celebrates with joy that now all the problems from their lives are gone, they can live happily. Shayari confesses her feelings for Rehan, and they hug each other. Aman asks Roshni if the Angelic-heart is not with her or with Armaan, then where it went. Roshni asks him not to think about it as now problems are over, and they can lead a simple and happy life forever. The Angelic-heart is revealed to be with Aman and Roshni’s child, who is inside her womb.

Brief Information and Details on A Magical Love Story Starlife. 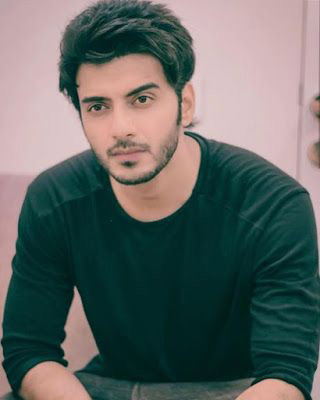 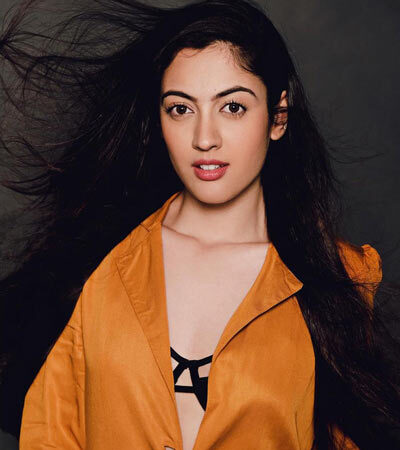 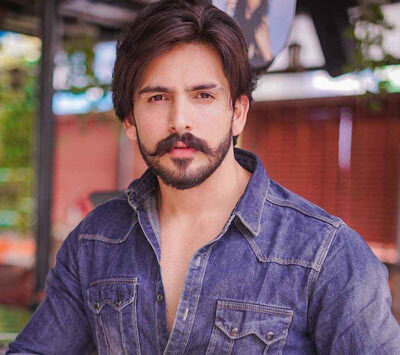 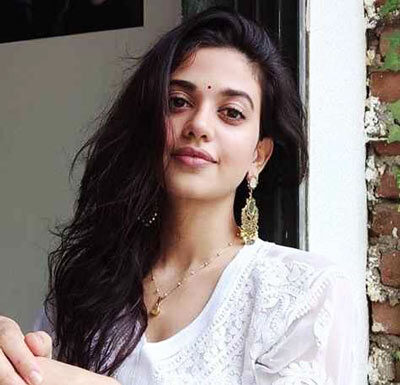